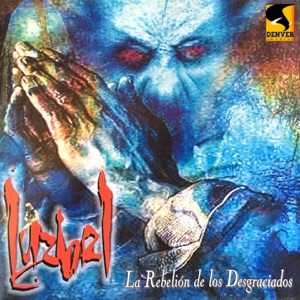 About Luzbel
Mexico may not be internationally renowned as a heavy metal hotbed, but the Central American nation has in fact spawned several noteworthy bands that have gone on to enjoy much domestic success and even, in the case of Mexico City's Luzbel (which is a Spanish name for Satan), quite lengthy careers. Originally founded in 1982 by lead guitarist Raul Greñas, who had lived in England since 1978 and experienced the full force of the New Wave of British Heavy Metal before returning home, Luzbel slowly made a name for themselves while virtually building the Mexican heavy metal scene from scratch, alongside other seminal groups like Crazy Lazy from Monterrey and Death Warrant from Ciudad Juarez. But Luzbel would really separate themselves from the competition after 1984, when they acquired a talented new singer named Arturo Huizarin, whose impressive résumé already included fronting the Los Angeles-based Inner Strength, and another local band called Slumber, a few years earlier. The group -- completed by bassist Antonio "La Rana" Morante and drummer Sergio López -- soon signed with independent label Comrock and issued their debut EP, Metal Caído del Cielo ("Metal Fallen from the Sky"), the very next year. But Comrock abruptly went bankrupt and Luzbel were lucky to land with the Mexican WEA affiliate for the release of their landmark first album, Pasaporte al Infierno ("Passport to Hell"), in 1986, which pretty much made them the most popular heavy metal band in Mexico (and introduced new drummer Alejandro Vasquez, who sang and played piano on one of its tracks). Unfortunately, just as they were reaching the peak of their powers, Luzbel's career came to a grinding halt when Huizar and Greñas had a falling out, with the former launching his own group, while the latter eventually recruited singer Juan Bolaños from the band Poker as a replacement. By the time Luzbel reemerged with an eponymous second LP in 1989 and a hastily recorded follow-up, Otra Vez?!, in 1990, their heavy metal sound had become hopelessly outdated, and their fans had moved onto younger and more modern-sounding bands who chose to sing their lyrics in English, more often than not. Luzbel quietly broke up, and even though Huizar would eventually make amends with Greñas long enough to sing on 1994's La Rebelion de los Desgraciados ("Rebellion of the Damned," featuring returning drummer Vasquez and new bassist Zito Martinez), their truce was not to last. Greñas would assemble yet another Luzbel lineup featuring Morante, Vasquez, plus singer Jorge Cabrera and rhythm guitarist Fernando Landeros, to record 1997's irrationally named El Comienzo ("The Beginning"); but seemed to finally accept that it was actually "the end" for the group, shortly thereafter. He has since worked with other musical projects and released a few Luzbel anthologies, while Huizar had the gall to form a new band named Lvzbel which he has recorded and performed with ever since. ~ Eduardo Rivadavia 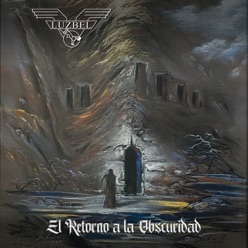 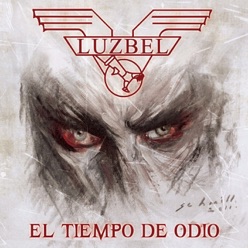 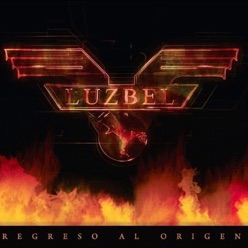