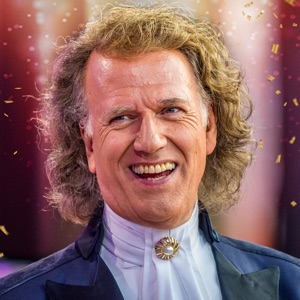 HOMETOWN
Maastricht, The Netherlands
BORN
October 1, 1949
About André Rieu
Re-creating the romance of a bygone era, violinist and conductor André Rieu emerged in the late 1980s as a latter-day Waltz King, specializing in light classics and Viennese salon music. Rieu came from a suitably musical family: his father was the conductor of the Limburg Symphony Orchestra and a conductor of the Leipzig Opera, and most of André's brothers and sisters are professional musicians. The music that filled the household was mostly classical; symphonies, chamber works, and operas provided the major fare. At age five, Rieu began studying violin; later, he trained at the Conservatorium Maastricht from 1968 to 1973 and at the Music Academy in Brussels from 1974 to 1977, ultimately earning his "Premier Prix" degree from the Royal Conservatory of Brussels.nnIt was during Rieu's conservatory training that an event occurred that changed the direction of his life and career. Rieu took a job to play a date in a salon ensemble, which entailed presenting dance and light music as it might have been heard in the palmy days before World War I. As part of that job, he played Franz Lehár's Gold and Silver Waltz. As Rieu became involved in projecting Gold and Silver to the listeners, he found himself captivated by its lilt and decided he wanted to continue making this kind of music. He formed the Maastrict Salon Orchestra in 1978, a group that survived, with some personnel changes, until 1987. The group's instrumentation generally consisted of solo violin with violin, cello, double bass, and piano, sometimes with members of the group doubling on trumpet and glockenspiel. The group made a number of recordings, first for Da Capo and then Philips.nnRieu then created the Johann Strauss Orchestra, which gave its first concert in January 1988. Seeking to re-create the spirit and ambience of a 19th century Strauss appearance, Rieu conducts while playing the violin as Johann Strauss and his brothers did, providing the beat with his bow and instrument and by motions of the body, virtually dancing the rhythm. Rieu has written that he recognizes that the concert platform and the presence of a seated audience erects a barrier between players and listeners that was not typically a part of Strauss' own appearances, but he actively attempts to bridge this gap and involve the audience in the music. Accordingly, audiences have responded with great enthusiasm. Rieu's concerts throughout Europe and the United States consistently sell out, and by the late 2000s he was one of the world's most successful male touring artists. Similarly, Rieu's first CD, From Holland with Love, was an international best-seller, and subsequent CDs also enjoyed significant success. Recorded in his own Maastricht studio, Rieu's sizeable discography includes classical works, folk and pop music, and pieces from soundtracks and musical theater. ~ Joseph Stevenson u0026 Heather Phares 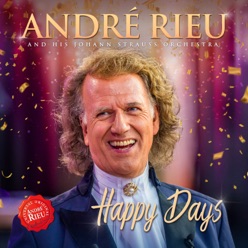 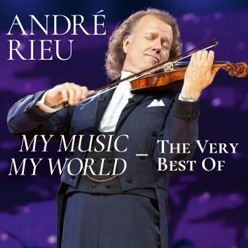 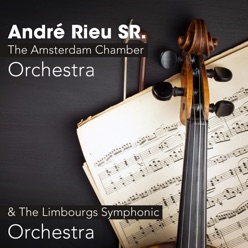 André Rieu songs in May