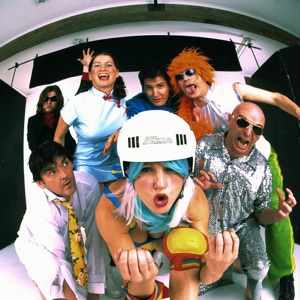 About Machine Gun Fellatio
Machine Gun Fellatio were the Australian rock equivalent of the theater of the absurd, with stage shows that were more like burlesque carnivals than traditional rock concerts. The bandmembers and their backing singers wore stilts and leisure suits; dressed as nurses, cats, and altar boys; or wore not much of anything at all except perhaps some nipple tassels, fake mustaches, or a strategically placed toy animal. The songs were no less scandalous, making use of found sound, industrial noise, and the filthiest lyrics they could think of. The controversy that followed them was inevitable, and presumably the point. Along the way they recorded albums with undeniably catchy tunes and kinetic rushes of pop hooks that earned them devoted fans, even if they did nothing to silence their harsher critics.nnThe members of Machine Gun Fellatio had been members of other Sydney bands of the '90s, many of them simultaneously, such as Vrag, Limebunny, and the Libertines (no connection to the English band of the same name). When the latter two bands worked on a compilation album called Unsound Sounds together, tracks recorded by the overlapping members were credited to Machine Gun Fellatio, a phrase chosen after it was spotted in graffiti under a park bench. Each member performed under a pseudonym. In its early form, the band contained Glenn Dormand, playing keyboards, singing, and doing production under the name Chit Chat Von Loopin Stab; Warrick Leggo, who played guitar under the name LoveShark; and Ross Johnston, who played bass and keyboards under the name 3k Short. In 1997 they released a first single called "Isaac or Fuzz," in which they sampled a phone message asking for the name of the song that goes "Da da da da...."nnTelevision scriptwriter Matt Ford, who became the lead singer as well as playing bass, keyboard, and guitar as Pinky Beecroft, joined the band upon leaving Limebunny and turning down an offer to join the Whitlams after helping write their hit "No Aphrodisiac." Other new members included Christa Hughes, singing and dancing under the name KK Juggy (the Ks standing for knickers and knockers, respectively); Glenn Abbott, playing drums as Bryan Ferrysexual; and the Widow Jones on vocals and keyboards. The now complete lineup released its next single, "Mutha Fukka on a Motorcycle," in 1999. The lyrics, such as they were, were based on something sung by a party guest in their bathroom. A year later, they released their debut album, Bring It On!, on Mushroom Records. Scandal followed them on their subsequent tour when, while playing a concert at Melbourne University, KK Juggy cartwheeled topless through the crowd. After complaints from the student council, several other university concerts they had booked were canceled. After the next election a new student council gladly invited them back, however.nnIn 2002 they released the Paging Mr. Strike album, followed by a two-disc edition called 2nd Page for Mr. Strike. A single, "Rollercoaster," with much more radio-friendly lyrics than some of their earlier songs, was used on a commercial for Just Jeans. While the other controversies they had courted only cemented their popularity with their core fans, this raised the ire of some of their followers. Prior to this, Chit Chat Von Loopin Stab and 3k Short had recorded music for commercials as a way of supplementing the band's income on their own. The Widow Jones left the group in 2004 and was replaced by Connie Mitchell, previously lead singer of Primary, who performed as Feyonce. Pinky Beecroft relocated to Melbourne to distance himself from the band while he dealt with drug-related health problems that were exacerbated by the infamously debauched MGF lifestyle. Their final album, On Ice, was created with the band split between two cities. It was less well-received than their previous two albums and the band broke up in 2005.nnThe individual members continued performing or pursued careers in the media. KK Juggy went back to performing and hosting burlesque shows as Christa Hughes and also joined the Circus Oz troupe. Chit Chat Von Loopin Stab hosted shows on the MusicMAX channel. Bryan Ferrysexual formed the Bryan Ferrysexual Experience. Feyonce, returning to her original name of Connie Mitchell, joined Sneaky Sound System and went on to much success. LoveShark formed the Stoner Funk Orchestra. The Widow Jones continued performing solo. Pinky Beecroft formed Pinky Beecroft u0026 the White Russians and, in a final typically unusual touch, also became a professional billiards commentator. ~ Jody Macgregor 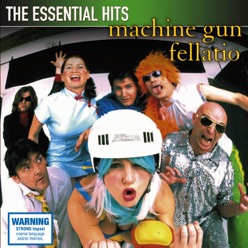 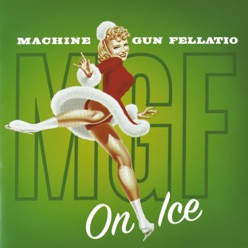 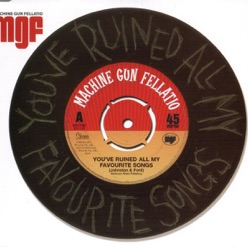 You've Ruined All My Favourite Songs - Single
2007
See all discs