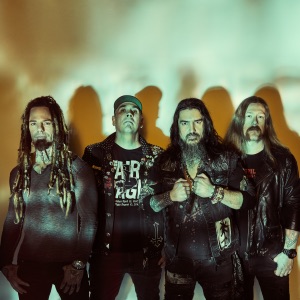 About Machine Head
Influential West Coast heavy metal quartet Machine Head formed in 1992 around the talents of ex-Vio-Lence guitar players Robert Flynn and Logan Mader, bass player Adam Duce, and drummer Chris Kontos. Their D.I.Y. work ethic, aggressive playing, and relentless self-promotion eventually landed them a deal with Roadrunner Records, a relationship that would extend all the way through 2005. Their blistering debut, 1992's Burn My Eyes, blended the powerful, modern attack of Pantera and Alice in Chains with the volatility of classic thrash bands like Death Angel and Slayer, earning them a huge European following. The record sold over 500,000 copies and spawned a massive international tour that lasted almost two years.nn Kontos was replaced by new drummer Dave McClain on 1997's More Things Change, an album that saw the band blending speed and progressive metal with dizzying results. The excessive touring and high-octane lifestyle took its toll on the group, but the bandmembers fought their demons on 1999's Burning Red, resulting in the hit "From This Day," their first commercial single and video. Supercharger was released in 2001, followed by the concert album Hellalive and the critically lauded Through the Ashes of Empires in 2003 -- new guitarist Phil Demmel joined the group shortly before the latter LP's release. The DVD Elegies arrived in 2005, followed by the classic new-phase Blackening in 2007.nn In late 2010, Machine Head went back into the studio, setting up shop in Green Day's Jingletown Studios to begin work on a new album. Produced by Flynn himself, the band's seventh album, Unto the Locust, appeared in 2011. The band returned the following year with the enthusiastically titled live album Machine F**king Head Live! and continued touring relentlessly, both in the United States and throughout Europe.nnIn February of 2013, Duce left the band, making Flynn the only original remaining member. After a series of auditions, Jared MacEachern, formerly of Sanctify, was named as his replacement. The group returned to the studio in February of 2014, building on the more intense sounds of their previous two studio albums; they emerged in November with Bloodstone u0026 Diamonds. Catharsis, the group's ninth studio long-player, followed in early 2018, produced by Flynn and recorded, mixed, and co-produced by Zack Ohren (Fallujah, All Shall Perish). Both Demmel and McClain left the band later in 2018; they were replaced by a pair of returning members, Logan Mader and Chris Kontos, reuniting most of the unit who had recorded Burn My Eyes. A 25th anniversary tour of the album followed, as well as a re-recording of the full album live in the studio. ~ James Christopher Monger 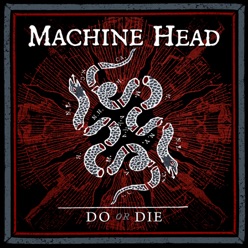 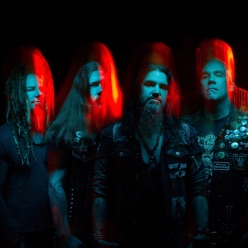 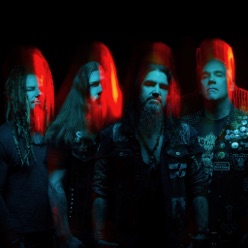