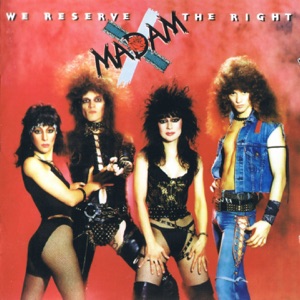 About Madam X
One of Madam Xs more distinctive songs, Come One, Come All, contained the line Were bad, were good, thats all we ever wanted. Unfortunately for them, most people thought they belonged chiefly in the former category. The band was formed in New York in 1983 by sisters Maxine and Roxy Petrucci (b. 17 March 1962, Rochester, Michigan, USA) on guitar and drums, respectively, along with vocalist Bret Kaiser and bass player Christopher Godzilla Doliber. They subsequently moved to Los Angeles where their brand of glam metal was more readily accepted. In February 1985 they released an anthemic single, High In High School, backed with a suitably grandiose video. The single was produced by Rick Derringer who also performed the same task on the album. Both, however, were very average affairs and live shows fell short of the expected excitement.nn In 1986, Roxy Petrucci departed to join Vixen and Kaiser quit the scene with ego suitably deflated. Mark McConnell took over the drums while vocal duties were handled by Sebastian Bach (b. Sebastian Philip Bierk, 3 April 1968, Freeport, Bahamas). Within the year the band disintegrated, with Doliber forming a wild and heavy band called Godzilla (which failed). Maxine remained in the shadow of her sister, but Bach found stardom with pop metallers Skid Row. 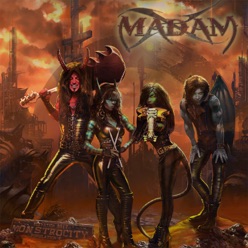 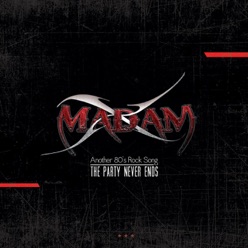 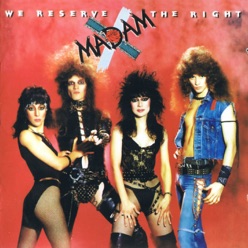