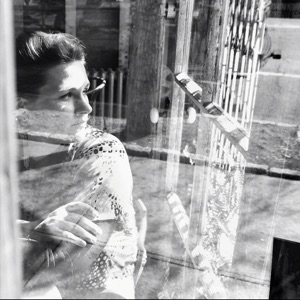 HOMETOWN
Athens, GA
BORN
1973
About Madeleine Peyroux
With her dusky, lyrical style and affinity for reinterpreting classic jazz, blues, and folk standards, vocalist Madeleine Peyroux is a highly acclaimed, internationally recognized artist. Emerging in her teens as a street-busking performer in Paris' Latin Quarter in the 1980s, Peyroux drew favorable comparisons to legendary jazz singer Billie Holiday, and eventually caught the attention of the record industry. Her debut album, 1996's Dreamland, featured a bevy of noted jazz artists and drew accolades for her distinctive take on blues and jazz standards. Her Larry Klein-produced follow-ups, 2004's Careless Love and 2006's Half the Perfect World, fared even better, charting on the Billboard 200 and achieving gold status. Overwhelmed by her initial success, Peyroux has continued to cut a low-key, if no less lauded, career path. Though her intimate sound certainly owes a debt to Holiday, she has continued to evolve, carving out her own distinctive stylistic niche that balances a modern sensibility with a respect for older vocal traditions.nnBorn in Athens, Georgia in 1973, Peyroux grew up in Southern California and Brooklyn before moving to Paris with her mother at age 13, after her parents' divorce. It was there that Peyroux began singing, inspired by the street musicians of Paris' Latin Quarter. By 1989, she was performing as a member of the old-timey jazz band the Riverboat Shufflers. Around age 16, she joined another vintage-inspired ensemble, the Lost u0026 Wandering Blues u0026 Jazz Band, and spent several years touring Europe performing jazz standards by such legends as Fats Waller, Billie Holiday, Ella Fitzgerald, and others.nnPeyroux eventually caught the ear of Atlantic Records Au0026R man Yves Beauvais, who signed her to a recording contract. In 1996, she released her debut album, Dreamland. Featuring a lineup of top-level New York jazz musicians, including pianist Cyrus Chestnut, drummer Leon Parker, guitarists Vernon Reid and Marc Ribot, and saxophonist/clarinetist James Carter, the album showcased Peyroux's genre-crossing approach to standards from the 1920s and '30s. Along with songs like Fats Waller's "I'm Gonna Sit Right Down and Write Myself a Letter," Billie Holiday's "Gettin' Some Fun Out of Life," and Bessie Smith's "Lovesick Blues," Peyroux also recorded three of her own tunes on Dreamland, including "Always a Use," on which she accompanied herself on guitar.nnAlthough Peyroux continued to tour and perform live, it took another eight years for her to finish her follow-up, 2004's Careless Love. Working with producer Larry Klein at Rounder Records, Peyroux expanded her approach to include a more contemporary, stylistically wide-ranging set of covers, including Elliott Smith's "Between the Bars," Bob Dylan's "You're Going to Make Me Lonesome," and Hank Williams' "Weary Blues." The album received wide critical acclaim and achieved gold certification status in several countries, including the United States.nnOn the heels of her sophomore success, Peyroux returned in 2006 with the Klein-produced Half the Perfect World. Along with standards and reworkings of songs by Serge Gainsbourg and Tom Waits, the highly anticipated album also featured a duet with k.d. lang. The well-received album reached number 33 on the Billboard 200. Her third Rounder release, 2009's Bare Bones, found Peyroux developing her sound even further with a set of all-original compositions, some co-written with producer Klein, Steely Dan's Walter Becker, and guitarist Julian Coryell. Although somewhat of a creative gamble, the album was welcomed by her fans and debuted at number one on the Billboard jazz chart.nnAfter some time off, Peyroux returned in 2011 with Standing on the Rooftop for Decca. Produced by Craig Street, the album featured Peyroux backed by a stellar lineup of musicians including violinist Jenny Scheinman, guitarists Marc Ribot and Chris Bruce, bassist Meshell Ndegeocello, and drummer Charlie Drayton. Also included were guest appearances from Patrick Warren and Allen Toussaint, among others. Along with eight originals, Peyroux delivered elegant renditions of the Beatles' "Martha My Dear," Bob Dylan's "I Threw It All Away," and Robert Johnson's "Love in Vain."nn For her next album, 2013's Klein-produced The Blue Room, Peyroux drew inspiration from Ray Charles' revolutionary 1962 recording Modern Sounds in Country and Western Music. Along with tracks from Charles' original, the album found Peyroux reworking contemporary songs in a similar fashion, many with orchestral backing featuring arrangements by Vince Mendoza. The album garnered a Grammy nomination for Best Engineered Album, Non-Classical.nn In 2016, Peyroux celebrated 20 years as a recording artist with the release of her seventh studio album, Secular Hymns. One of her most eclectic albums to date, it featured a mix of soul, jazz, blues, and dub sounds, including covers of songs by Townes Van Zandt, Sister Rosetta Tharpe, Willie Dixon, Linton Kwesi Johnson, and others. She then reunited with longtime producer Klein for 2018's Anthem. Named after the Leonard Cohen song covered on the album, Anthem also featured Peyroux's songwriting collaborations with Klein, guitarist and primary lyricist David Baerwald, organist Patrick Warren, and drummer Brian MacLeod. ~ Matt Collar 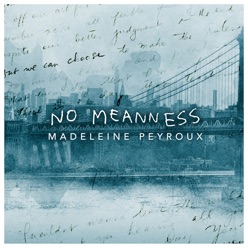 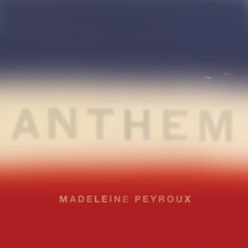 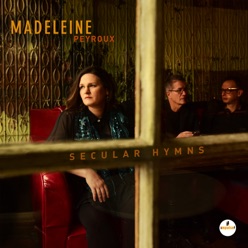