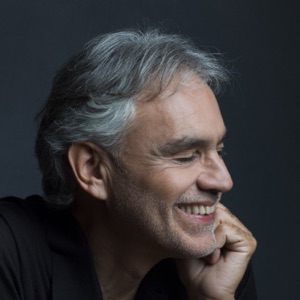 HOMETOWN
Lajatico, Tuscany, Italy
BORN
September 22, 1958
About Andrea Bocelli
Often called "the fourth tenor," Andrea Bocelli has established himself as an enduring international star in both classical and pop music. A disciple of Luciano Pavarotti and Zucchero Fornaciari, the blind, Tuscany-born vocalist emerged as one of the most exciting voices in contemporary opera during the late 20th century. His participation in Pavarotti's 1992 hit "Miserere" and Fornaciari's 1993 world tour helped propel him to international attention. Opera represented only one side of his musical persona, however, as Bocelli fared equally well as a pop ballad singer, recording duets with such singers as Celine Dion, Sarah Brightman, and Eros Ramazzotti. Al Jarreau, who sang with Bocelli during Night of the Proms in November 1995, aptly praised the vocalist when he said, "I have had the honor to sing with the most beautiful voice in the world."nnBocelli grew up on a farm in Lajatico, a rural village in Tuscany. Beginning piano lessons at the age of six, he later added flute and saxophone to his list of musical abilities. The young Bocelli also suffered from poor eyesight, having been born with congenital glaucoma, and a soccer accident rendered him completely blind at the age of 12. Undaunted, Bocelli continued to sing and later enrolled at the University of Pisa, where he earned a law doctorate. Briefly working as a lawyer allowed him to pay for his singing lessons with famed tenor Franco Corelli; performing in piano bars also helped balance the budget.nn Bocelli's first break as a singer came in 1992, when the Italian rock singer Zucchero Fornaciari auditioned tenors to record a demo version of "Miserere," which he had co-written with U2's Bono. Successfully passing the audition, Bocelli recorded the tune as a duet with Pavarotti, with whom he became a close friend. After touring with Fornaciari in 1993, Bocelli then performed as a guest star at the Pavarotti International Festival, held in Modena in September 1994. In November 1995, Bocelli toured Holland, Belgium, Germany, Spain, and France under the auspices of the Night of the Proms concert series, which also featured Al Jarreau, Bryan Ferry, Roger Hodgson of Supertramp, and John Miles. Furthermore, he began a solo career that would soon make him an icon in the classical crossover genre.nn Bocelli's first two albums -- Andrea Bocelli in 1994 and Bocelli in 1996 -- showcased his operatic singing, while his third effort, Viaggio Italiano, featured famous arias and traditional songs from Naples. Although released only in Italy, the album sold upwards of 300,000 copies. With his fourth effort, 1997's Romanza, Bocelli rose to superstar status as he embraced more elements of pop music. The multi-platinum album included the international hit "Time to Say Goodbye," recorded as a duet with Sarah Brightman. Bocelli continued to focus on pop balladry with Sogno, released in 1999, which featured a duet with Celine Dion on "The Prayer." The album sold more than ten million copies worldwide, received a Golden Globe Award, and led to Bocelli's Grammy nomination as Best New Artist. A collection of holiday arias arrived that same year, followed by Verdi in 2000.nn In 2001, Bocelli paid tribute to his Tuscan roots with Cieli di Toscana, while the popular Andrea kept his international presence alive in 2004. Bocelli returned in 2006 with two releases: Amore, which peaked at number three on the Billboard Top 200 chart (Bocelli's highest chart position in America), and the live CD/DVD package Under the Desert Sky. A collection of Neapolitan love songs entitled Incanto, was issued in 2008, followed by a holiday album, My Christmas, in 2009. During 2010, he released and toured around Notte Illuminata, and in 2011, Bocelli made his debut at the Metropolitan Opera House in New York as well as performing in Central Park with the New York Philharmonic and guests including Tony Bennett, Celine Dion, Chris Botti, and Bryn Terfel. Concerto: One Night in Central Park featured Bocelli's 2011 free concert on Central Park's Great Lawn. In 2013, Bocelli delivered his 14th studio album, Passione, featuring several duets including tracks with Jennifer Lopez, Nelly Furtado, and trumpeter Chris Botti. A complementary live CD/DVD release, Love in Portofino, appeared later that year. Filmed at a special concert Bocelli gave on the Piazzetta in Portofino, Italy in August 2012, it also received a limited theatrical run. In 2015, Bocelli returned with the studio album Cinema, which featured reworked versions of iconic movie songs, including his take on the themes from Gladiator, The Godfather, Evita, and more. ~ Craig Harris 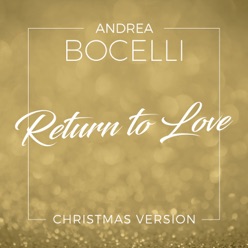 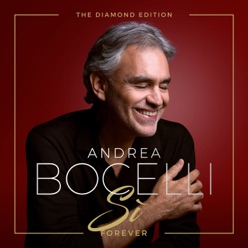 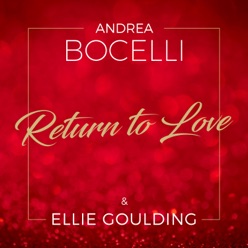