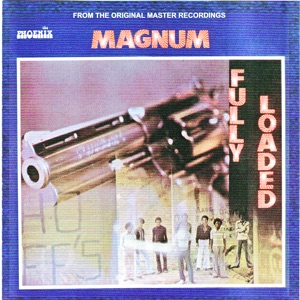 About Magnum
The early '70s saw the brief flowering of a movement whereby soul, funk, rock, psychedelia, and even some jazz and Latin music combined into a new subgenre. That subgenre has never really been named, but you can hear these admixtures in the music of the period by Sly u0026 the Family Stone and Funkadelic, and to a lesser extent in records by Miles Davis, James Brown, War, Santana, Jimi Hendrix, and others. These sounds have always been well-respected, but many have been curious as to whether there were many second-tier, obscure recordings by unknown musicians following similar paths.nnThat question will be hard to answer until reissue labels conduct exhaustive searches. But certainly Magnum counts as a band that fits squarely in the category of obscure groups bearing traces of all the influences mentioned in the above paragraph. Little is known about them, other than that they were from California and did only original compositions on their 1974 album Fully Loaded. They weren't as good as Funkadelic or Sly Stone, but they were pretty good, mixing up a sort of late-psychedelic soul-rock in their elongated, oft-humorous compositions. Crucially, they also varied their approach over the course of the LP, with long groove jams that borrowed from Latin jazz fusion, goofy sex wordplay, celebratory party funk, and some doses of cosmic consciousness. Reissued on CD in 2000, any fan of the acts that this bio compares them to should find Magnum worth hearing, should they be hungry for more of the same after having exhausting the discographies of the well-known exponents of the genre. ~ Richie Unterberger 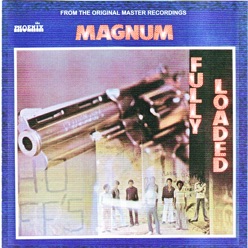