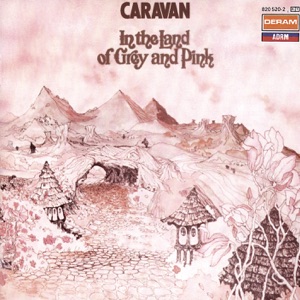 ORIGIN
Swansea, Wales
FORMED
1969
About Man
Man were one of the most promising rock bands to come out of Wales in the early '70s. Along with Brinsley Schwarz, they helped establish the core of the pub rock sound, but they played louder and also had a progressive component to their work that separated them from many of their rivals. The group originated as a Four Seasons-cum-Beach Boys vocal outfit, based in Swansea, Wales, called the Bystanders, who began experimenting with a tougher, more progressive sound on-stage. They were encouraged to pursue this direction, and Man were formed u0026#8212; Micky Jones (lead guitar, vocals), Deke Leonard (guitar, vocals), Clive John (guitar, keyboards, vocals), Ray Williams (bass), and Jeff Jones (drums).nnTheir first release, Revelation, issued in 1969 on Pye, was a concept album that yielded a successful European single, "Erotica," which contained the sound of an orgasm and thus failed to chart in England. Their second album, 2 Ozs. of Plastic with a Hole in the Middle, showed a slightly new direction for the band, with a nearly live-in-the-studio sound and more creative interplay between the guitars, that some critics compared to early Quicksilver Messenger Service and other West Coast bands. Deke Leonard, in particular, whose playing was heavily influenced by Mick Green of the Pirates, became the star of the group by popular acclaim. When their contract with Pye Records ended in 1969, the group signed with United Artists-Liberty, with a new rhythm section consisting of Terry Williams on drums and vocals and Martin Ace playing bass. Their third album, Man, was a critical success, and their follow-up, 1971's Do You Like It Here, Are You Settling In, yielded several popular concert numbers. nnIn February 1972, the group appeared at the Greasy Truckers' Ball, a benefit concert held in London that was taped for posterity, alongside Brinsley Schwarz and Hawkwind. Their performance was so impressive that United Artists chief Andrew Lauder (who was also responsible for helping the post-Roy Loney Flamin' Groovies get their sound together) encouraged them to do a full live album. The result was Live at the Padget Rooms, Penarth, the band's breakthrough album, even though it was originally released in a limited-edition pressing of 8,000 copies. The album became a much sought-after collector's item in England, and suddenly the group had the attention of most of the record-buying public. nnUnfortunately, it was at after the release of that album that Deke Leonard decided to exit the lineup to pursue a solo career, which he launched with the successful album Iceberg. Man were making a reputation for themselves and their next album, Be Good to Yourself at Least Once a Day, yielded some good songs (including "Bananas"). At that point, Pye released a retrospective of their first two albums, while the group's current lineup began shifting again u0026#8212; Deke Leonard was back for Rhinos, Winos and Lunatics, and Slow Motion led to the group's first American tour. They followed this up with their first serious misstep, a hookup with Quicksilver's John Cippolina as producer for what proved to be a disappointing album, Maximum Darkness. The Welsh Connection, released by MCA in 1976, marked the end of the original group's history, although the band did get one more album out, entitled All's Well That Ends Well. nnDuring the 1980s, Micky Jones reunited the group and those interested members (including Deke Leonard) and found a steady living on the pub rock circuit. Meanwhile, Terry Williams went on to join Rockpile and Dire Straits. Interest in Man was strong enough to justify the release of a compilation, Perfect Timing: The UA Years, in 1991. In the mid-'90s, Beat Goes On began reissuing Man's individual albums and Deke Leonard's solo work on compact disc. Various lineups continued performing and recording into the 21st century, although the diagnosis and treatment of a brain tumor led Jones to exit, reenter, and then exit the lineup again during the 2000s. Sadly, Jones lost his struggle with cancer on March 10, 2010; former bandmember Clive John died the following year, on August 24, 2011, after his own lengthy struggle with emphysema.