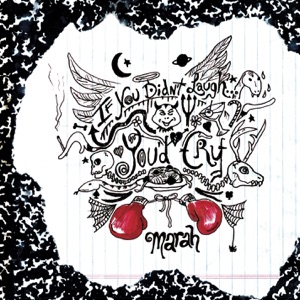 FORMED
1993
About Marah
Philadelphia's eclectic, rootsy rock quartet Marah consists of singer/songwriter/guitarist/banjoist David Bielanko, guitarist/vocalist/harmonica player Serge Bielanko, bassist Danny Metz, and drummer Ronnie Vance. Dave Bielanko, Metz, and Vance formed the group in 1993; brother Serge was so impressed with their sound that he wanted to join Marah, which he did in 1995. The band found an unofficial fifth member in producer/engineer Paul Smith, who was similarly taken with Marah's Replacements-meets-Springsteen style when he engineered their sound at some of their shows. Smith and the group recorded some tracks in 1997 that made their way to Blue Mountain's Cary Hudson, who released them early in 1998 as the album Let's Cut the Crap and Hook Up Later on Tonight on his Black Dog label.nn Both the album and their performance at that year's South by were hailed by prominent artists and critics, including Rolling Stone's David Fricke and Steve Earle. Earle asked Marah to record for his label, E-Squared, and the results, Kids in Philly, was co-released by E-Squared and Artemis Records in 2000. Two years later, Marah released their third album, Float Away with the Friday Night Gods, which featured the Boss himself, Bruce Springsteen, on backing vocals on one track. By the time of 2004's 20,000 Streets Under the Sky, the group had moved to Yep Roc and picked up Superchunk's Jon Wurster on drums.nn For the next album, the brothers Bielanko decided to record quickly and loosely, trying to capture the intensity and abandon of their live set. With the help of Kirk Henderson on bass and various keyboards, Mike Brenner on stringed instruments galore, and Wurster and Dave Peterson on drums, If You Didn't Laugh You'd Cry was a rambling, loose, and brilliant record that landed on many critics' best-of-the-year lists and won the group some big-name fans like writers Nick Hornby and Stephen King. The band also released a holiday record, A Christmas Kind of Town, at the same time. For the tour that followed the album's releases, the band solidified with Serge and David leading the way with support from Adam Garbinski on guitar, Peterson on drums, and Henderson on bass and keyboards.nn 2006's Sooner or Later in Spain was a CD/DVD release featuring a full concert video from Marah's 2005 appearance in Mataro, Spain, along with an audio disc of seven live performances from concerts and radio appearances. 2008's Angels of Destruction! was an ambitious and eclectic set of rock tunes dressed up with audacious production and arrangements; the album also introduced the band's new keyboard player, Christine Smith. 2010's Life Is a Problem was cut after the lineup that made Angels of Destruction! unexpectedly broke up; the low-key album was cut primarily by the Bielanko Brothers in a Pennsylvania farmhouse and released on their own Valley Farm Songs label. After the release of the album, Serge Bielanko left Marah to focus on his family, though he did rejoin the band for a 2011 Spanish tour (documented in the film Tramp Art). 2014's Mountain Minstrelsy of Pennsylvania was one of Marah's most unusual projects, with David Bielanko and Christine Smith writing new melodies for folk songs that appeared in a 1931 book of the same name. The material was then recorded in mono on an eight-track tape machine in a church, with Bielanko and Smith joined by a handful of guest musicians, including Gus Tritsch, a fiddler who was eight years old at the time. Marah, through their Valley Farm Songs label, began releasing new, remastered vinyl editions of albums from their back catalog, including Kids in Philly, If You Didn't Laugh You'd Cry, Angels of Destruction!, and Life Is a Problem. ~ Heather Phares u0026 Tim Sendra 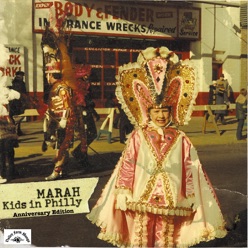 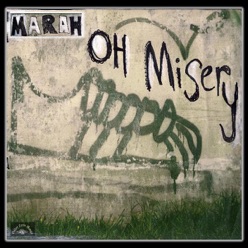 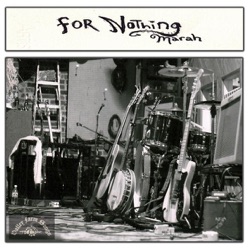