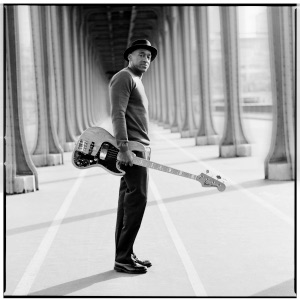 HOMETOWN
Brooklyn, NY
BORN
June 14, 1959
About Marcus Miller
An adept, highly recognized jazz bassist, Marcus Miller rose to prominence as a member of trumpeter Miles Davis' band of the 1980s, and piled up a long list of session credits while simultaneously launching his own career as a leader. Known for his fluid improvisational chops and inclination toward funky, contemporary-leaning jazz, Miller initially emerged in the 1970s as an in-demand session musician. By the time he joined Davis' group, he had already established a lucrative career playing with such luminaries as Lenny White, Grover Washington, Jr., Bobbi Humphrey, Lonnie Liston Smith, and others. Buoyed by his time with Davis on albums like 1981's The Man with the Horn and 1986's Tutu, he was able to embark on a solo career, coming into his own on albums like 1993's The Sun Don't Lie and 2008's Marcus. He also expanded his reach, moving into producing and composing for films like 2017's Marshall. Despite the many hats he has worn -- improviser, interpreter, arranger, songwriter, film music composer, bassist, multi-instrumentalist -- none of them have been put on as a whim. Never one to merely get his feet wet, Miller has been a utility player in the strongest and most prolific sense.nn Marcus Miller was a fixture as a performer in New York's jazz clubs before he was old enough to drive. Born in Brooklyn on June 14, 1959, and raised in nearby Jamaica, he knew how to play several instruments with ease by the time he entered his teenage years. His father, who directed a choir and played organ, had a profound impact upon his musical upbringing. Once he broke in with Humphrey and Smith, he gained steady work with the likes of Dave Grusin, Earl Klugh, Grover Washington, Jr., Chaka Khan, and Bob James. During 1981 and 1982, the in-demand musician went on the road with longtime personal hero Miles Davis and would end up working with him on several albums -- including Tutu and Music from Siesta -- after that.nn Throughout the '80s, '90s, and 2000s, Miller scattered several of his own albums throughout the constant pull of production and session work. His solo recordings were almost as diverse as his outside work; hybrids of smooth Ru0026B, funk, and jazz peppered the majority of the albums, while 1993's The Sun Don't Lie and the following year's Tales (both issued through PRA) also incorporated sampling technology. Released in 2001, M2 won a Grammy for Best Contemporary Jazz Album. The Ozell Tapes: The Official Bootleg, released on Telarc in 2003, displayed his range as well as anything else bearing his handiwork; the live set incorporated originals, improvisation, and covers that extended from material originally recorded by Talking Heads and the Stylistics to John Coltrane. Silver Rain appeared in 2005. In 2007, Miller issued Free in Europe, while 2008 saw Marcus released globally; it was his debut for Concord Jazz. In 2009, Miller formed a touring band with Christian Scott on trumpet; they recorded Tutu Revisited, a wide-ranging tribute to Miles Davis, and it was released in Europe in 2011 as a CD/DVD package. Miller returned to the studio for 2012's Renaissance, an album that contained a vocal duet by Gretchen Parlato and Rubén Blades, as well as a guest spot by Dr. John.nn Miller was selected as a UNESCO Artist for Peace and also became spokesperson for the organization's Slave Route Project. Recording sessions took place in Africa, Europe, South America, the Caribbean, and the United States. The sessions featured a wide range of guests including Chuck D., Lalah Hathaway, Robert Glasper, Etienne Charles, Ambrose Akinmusire, Keb' Mo', Wah-Wah Watson, Mocean Worker, and Ben Hong. A pre-release single, "Hylife," was issued in February of 2015, and hit the top spot on several jazz charts. The album, Afrodeezia, followed in March. In 2018 he delivered Laid Black, which featured guest spots from Trombone Shorty, Peculiar, Jonathan Butler, and others. ~ Andy Kellman 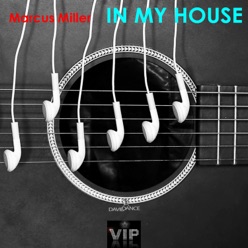 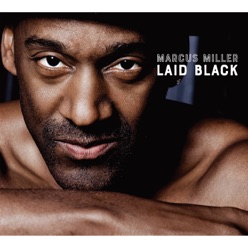 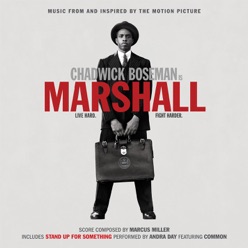