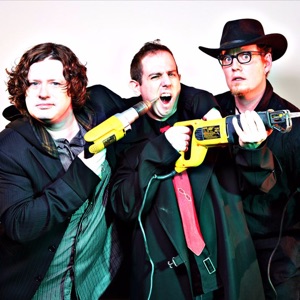 ORIGIN
New York, NY
About Marcy Playground
Although the members of Marcy Playground met in New York City during the mid-'90s, both singer/guitarist John Wozniak and bassist Dylan Keefe originally hailed from Minneapolis, and drummer Dan Rieser grew up in Ohio. The group took its name from the Marcy Open School, an experimental elementary school that Wozniak attended in the late '70s. Wozniak was intimidated by a few other students during his time at Marcy Open, and he ultimately refused to join his peers on the school's playground during recess. Subsequently, the singer claimed that this tough period of his life served as "a foundation for a future self." In one of the band's first bios, he explained, "The strange way in which I see the world today can be directly traced back to the time when, as a little boy, I sat paralyzed by the unfortunate realities of life as I looked out of a school window and down onto the Marcy Playground."nn Keefe attended another nearby school -- a sister school, of sorts, to the one that Wozniak attended -- but it wasn't until both Minneapolis natives moved to N.Y.C. that they first crossed paths. Introduced via acclaimed jazz guitarist Kurt Rosenwinkel, the two realized they shared similar tastes in music and soon decided to form a band. Keefe recommended an old college friend, Rieser, to play drums for the group, which led to the official birth of Marcy Playground.nn The group eventually signed a recording contract with Capitol Records and released a self-titled debut album in February 1997. Several months after the album's release, rock radio picked up on the group's single "Sex and Candy" (comparable to Nirvana's more tranquil moments), which pushed the album up the U.S. charts and, eventually, to platinum certification. The trio began work on a second full-length effort, trying to avoid the dreaded sophomore jinx that so many other rock bands have fallen prey to after scoring an inaugural hit. Marcy Playground proved ultimately susceptible to the aforementioned "curse," as the resulting album, 1999's Shapeshifter, was widely panned by critics and sank from sight shortly after its release. The group shrank away from the spotlight but continued releasing albums, with MP3 arriving in 2004 and Leaving Wonderland...In a Fit of Rage following in 2009. The remix album, Indaba Remixes from Wonderland -- featuring remixed versions of tracks off Leaving Wonderland -- appeared in 2010. ~ Greg Prato 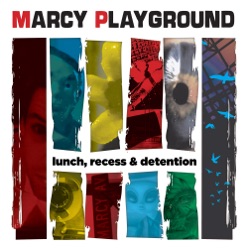 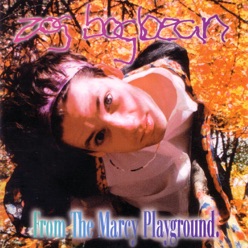 Zog Bogbean - From the Marcy Playground
2011 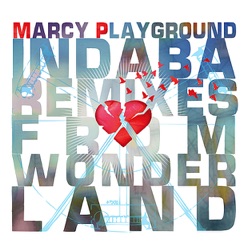