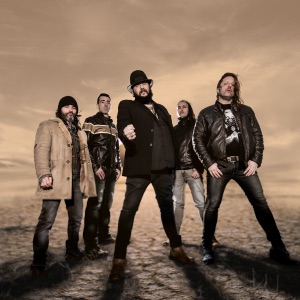 FORMED
1997
About Marea
One of the more popular rock en español bands of their time, Marea established themselves as a touring act and released a number of increasingly popular albums, culminating with 28.000 Puñaladas (2004), a smash success upon its release. The band was formed in Berriozar, a city in the northern province of Navarre, Spain, by vocalist/poet Kutxi Romero (born Kutxi Romero Lorente in 1975), who had spent five years fronting a series of local bands. In winter 1997 he decided to form a straightforward, traditional hard rock band, after tiring of the trendy styles of punk and thrash he'd performed with his past bands; as a lyricist and aspiring poet, he wanted his songs to be at the forefront of the band and the music to be of a timeless nature. He first contacted drummer Alen Ayerdi, formerly of the band Begira; he agreed to help form the band of Romero's design. The next to join was bassist Edu Beaumont, aka El Piñas; then came guitarist César Ramallo and, lastly, guitarist David Díaz, aka Kolibrí Díaz. On Christmas Eve 1997 the band was officially founded as La Patera.nn By June 1998, the bandmembers had a half-dozen or so songs written, and they began performing them locally. The reception was such that the band began considering a recording session, which eventually took place over the course of five days in February 1999 at a nearby studio. A major-label contract with BMG followed that May, along with a name change from La Patera (since the name was already taken, it was discovered) to Marea; La Patera instead became the name of the band's debut album, released by BMG in July. After some touring and mounting problems with BMG, Marea signed a new recording contract, with GOR Discos, in April 2000 and began recording their second album, Revolcón, in July. GOR released the album in September, issuing "Barniz" as a single. Revolcón proved significantly more successful than its predecessor, and Marea saw their fan base grow as they toured in support of the album. Alas, the band was unhappy with GOR and wanted to switch labels once again. So in October 2001 they began negotiating with DRO Records (a onetime independent Spanish label of significant prestige that had been founded in 1982 by the band Aviador Dro, DRO eventually fell under major-label ownership [i.e., Warner Music], becoming an affiliate of East West Records [DRO East West] and, in turn, Atlantic [DRO Atlantic]).nnWith their third label contract signed in as many years, Marea went about recording their third album, Besos de Perro, in February 2002 with producer Iñaki "Uoho" Antón, a guitarist in the bands Extremoduro and Platero y Tú. Besos de Perro was recorded over the course of two months in the home studio of Antón and features numerous contributions from outside musicians, including Robe (aka Roberto Iniesta, of Extremoduro), Fito Cabrales (of Platero y Tú), and Martín Romero (Kutxi's brother). DRO released the album in April, and the band spent eight months touring in support of it, playing a total of 81 concerts in Spain. A grandiose concert on December 28, 2002 -- featuring appearances by Silencio Absoluto, Cabrales, Antón, Alfredo Piedrafita, Enrique "El Drogas" Villareal, Martín Romero, and Iker Piedrafita -- marked the end of the tour and the beginning of a much-needed period of rest for the bandmembers, who had spent five years tirelessly working to achieve the success they now relished.nnThe bulk of 2003 was spent enjoying life and, as the year progressed, considering songs for 28.000 Puñaladas, Marea's next album. The songs were finished in October, all but one of them composed by Díaz, and the band began recording them in December, doing so in a local studio. Díaz produced the album, with the support of Aitor Ariño. Released by DRO in April 2004, 28.000 Puñaladas was an immediate smash success, reaching gold sales status within a week's time. The five years of touring clearly had built a large fan base for Marea, and the dividends were reaped with 28.000 Puñaladas, which spawned a number of hit singles ("A la Mierda Primavera," "El Rastro," "La Rueca") and was the band's first album to make a commercial impact internationally. DRO even released a special CD/DVD edition featuring concert footage and video clips for the singles.nn Marea were now well established as one of Spain's top rock bands, as well as one of the top rock en español bands globally. Their status was confirmed upon the release of their following album, Las Aceras Están Llenas de Piojos (2007), which debuted at number one. Led by the single "Aceitunero," the album features collaborations with Paco Ventura (of Medina Azahara), Evaristo (La Polla Records), Brígido Duque (Koma), El Pirata (Losdelgás), and Rafael Borja (Ja Ta Ja). Later that year, the band released a lavish anthology collection, Coces al Aire 1997-2007, a box set comprised of two CDs, two DVDs, and a photo book, and followed it up in 2008 with the charmingly titled live release Las Putas Más Viejas del Mundo. Fans had to wait three more years for another studio album; En Mi Hambre Mando Yo finally dropped in 2011 and was their biggest, crispest production to date. ~ Jason Birchmeier 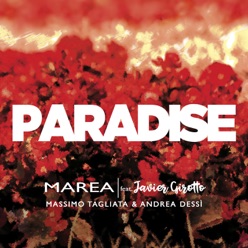 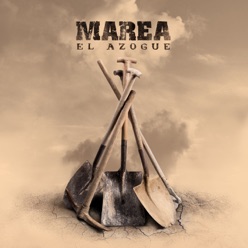 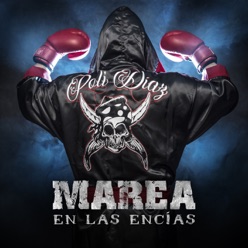