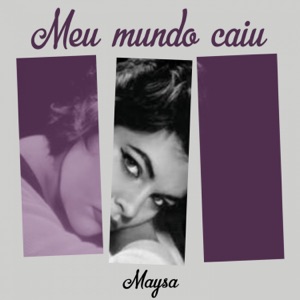 About Marguerite Monnot
Perhaps best known in the English-speaking world as the composer behind the stage musical Irma La Douce, Marguerite Monnot was equally famed in her homeland as one of the primary songwriting collaborators of France's best-loved singer, Edith Piaf. Born in 1903, Monnot was the daughter of famed organist Marius Monnot, and made her public debut playing Mozart on the piano at only three-and-a-half years of age. She subsequently studied with the celebrated classical pianist Alfred Cortot and the enormously influential music educator Nadia Boulanger. Monnot's songwriting career began to take off in the mid-'30s, particularly when her composition "L'étranger" was awarded the prestigious Grand Prix du Disque by L'Academie du Disque Français in 1935. Initially sung by Annette Lajon, "L'étranger" was adopted by a young, up-and-coming cabaret singer named Edith Piaf, who met and befriended Monnot through a lyricist and cabaret pianist named Raymond Asso.nnAsso, in love with Piaf, enlisted Monnot to write music for a set of lyrics he'd written for a song dubbed "Mon Legionnaire." Piaf initially turned the song down, and it was instead recorded by Marie Dubas, one of Piaf's major influences; in early 1937, Piaf reconsidered, and her version of "Mon Legionnaire" became a classic of French pop. Monnot and Asso collaborated on a string of hits that established the Piaf legend and would form a key part of her repertoire for decades to come. When Asso's affair (and artistic collaboration) with Piaf ended, Monnot teamed up with a succession of other lyricists, including Henri Contet (another of Piaf's boyfriends) during the years of Nazi occupation. Monnot also wrote music for many of Piaf's own original lyrics; those songs included the anti-Nazi protest "Où Sont-Ils Mes Petits Copains?," the playful "C'est Un Monsieur Tres Distingué," and "Tu Es Partout," a song later included in the film Saving Private Ryan (among many others).nnMonnot's music began to broaden its appeal to a more international audience in 1956. That was the year easy listening king Les Baxter covered her song "La Goualante de Pauvre Jean" under the new title "The Poor People of Paris" for a number-one hit in America. Monnot also made her first-ever venture into theater, collaborating with lyricist Alexandre Breffort on the musical comedy Irma La Douce. Premiering toward the end of the year, Irma La Douce told the tale of a sweet young prostitute who falls in love with a poor young law student, who schemes to keep her all to himself. Risqué for its time, Irma La Douce became one of the very few European musicals to achieve popularity in the English-speaking world, including America, where it was a breakthrough success for French popular music. What was more, in 1958, Piaf found Monnot a new lyricist in Georges Moustaki; the following year, their composition "Milord" became Piaf's biggest international hit ever, and even made the British charts. Unfortunately, Monnot passed away not long after in 1961. ~ Steve Huey