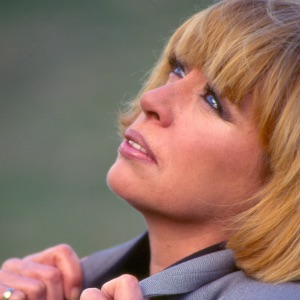 HOMETOWN
Murcia, Spain
BORN
July 12, 1947
About Mari Trini
Mari Trini emerged as one of Spain's most popular and influential pop stars during the final years of Francisco Franco's rule, writing and recording a series of feminist protest anthems that challenged the perception of women in music and in Spanish society as a whole. Born María Trinidad Pérez de Miravete in Murcia on July 12, 1947, she endured an often hellish childhood -- a chronic kidney disease confined her to bed from the ages of seven to 14, with corticoid treatment to blame for the deformities that scarred the left side of her face. During her confinement, Trini studied music, wrote her first songs and taught herself guitar -- although doctors declared her condition "incurable," she ultimately escaped her sickbed and began her career as a folksinger, settling in Madrid and performing at the Avenida de América nightclub Nicha's, owned by the renowned American filmmaker Nicholas Ray. While Ray arranged for Trini to travel to London to study dramatic art under actor Peter Ustinov, his promises of a movie role came to nothing, and in 1963 she relocated to Paris, where she remained for more than four years. During this period Trini befriended the French composer Jacques Brel and cut her debut single "Bonne Chance," capturing a deeply intimate, profoundly melancholy intensity that earned her comparisons with the legendary Edith Piaf. In the wake of her father's 1967 death, Trini returned to Spain, where she signed to RCA and in 1969 issued her self-titled debut LP -- featuring a handful of originals alongside material from songwriters like Luis Eduardo Aute and Patxi Andión, the album attracted little attention, but the follow-up, Amores, proved a smash, generating a series of hits including "Un Hombre Marchó," "Mañana," "Cuando Me Acaricias" and "Vals de Otoño."nnTrini's third album, 1972's Escúchame, is widely considered her masterpiece -- songs including "Yo no Soy Ésa" established the singer as the voice of young women throughout Spain, thanks to lyrics like "That's not me/I'm not your simple, quiet young miss." But even as Trini's fame grew, she avoided the limelight -- a closeted lesbian, she fiercely guarded her private life from public view, over the years deflecting endless media questions about her love life (or seeming lack thereof). Over time, the bohemian chic of Trini's earlier recordings gave way to a mainstream pop approach, complete with lush orchestral arrangements -- while albums like 1982's Una Estrella en Mi Jardín enjoyed brisk sales, her stardom waned across the decade to come, and after 1987's En Tu Piel, she did not resurface again until 1990's Espejismos, with a five-year hiatus preceding her next release, Sin Barreras. Trini enjoyed a commercial and critical renaissance with 2001's Mari Trini con los Panchos, teaming with the venerable Latin American trio Los Panchos to revisit classic songs from throughout her career. The Spanish Society of Authors and Publishers awarded Trini a special diamond disc in 2005 for record sales in excess of 10 million, and in March 2008, in conjunction with International Women's Day, the regional government of Murcia gave her its "Struggle for Equality" award for "portraying through her songs women's needs, problems and inequalities." Poor health again dogged Trini during the last years of her life, and in 2004 doctors removed one of her kidneys. She died April 6, 2009. ~ Jason Ankeny 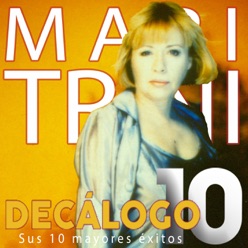 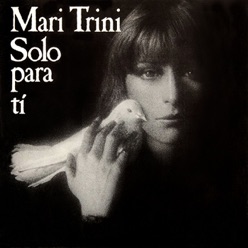 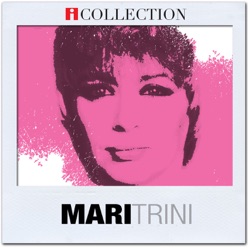