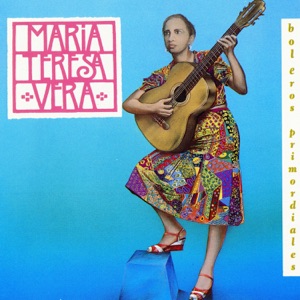 HOMETOWN
Guanajay, Cuba
BORN
February 6, 1895
About María Teresa Vera
The grande dame of Cuban music, Maria Teresa Vera was not only the greatest female trova singer of all time, she was also one of the form's greatest singers, period. Vera became a professional musician and songwriter u0026#8212; and a mightily popular one at that u0026#8212; during the early 20th century, when such a career was virtually unheard of for a woman. Her skill at singing trova u0026#8212; a rural folk song style that predated the son dance craze u0026#8212; helped lay the groundwork for the explosion of Cuban popular music in the '30s and '40s, and her fame as a trovadora lasted well after the style was eclipsed by other popular trends. Maria Teresa Vera was born in Guanajay, in the province of Pinar del Rio, on February 6, 1895. She began learning the guitar from Jose Diaz, and in 1911, at age 15, performed publicly in Havana at a tribute to Arquimedes Pous. Vera subsequently formed the first of several duos, a format she would favor throughout her career, with Rafael Zequeira; in addition to performing in Cuba, the two traveled to New York several times for recording sessions. Zequeira died in 1924, and after performing for a couple of years both solo and accompanied, Vera formed a new duo with Miguelito Garcia in 1926. Vera also formed her own group, the Sexteto Occidente, with which she returned to New York to record. In 1937, Vera formed yet another partnership with Lorenzo Hierrezuelo, which proved so successful that they maintained it for the next 25 years. The two appeared frequently on Cuban radio over that period, and traveled to Mexico in 1954 to promote Cuban trova. By the time Vera retired in 1962 due to illness, her status as one of Cuba's greatest female singers was secure; she was revered by the neo-traditionalist nueva trova movement, and several of her songs u0026#8212; particularly her signature tune, "Veinte Años" u0026#8212; had become standards. Vera passed away in Havana in 1965. Thirty years later, the all-star tribute album À Maria Teresa Vera was released to commemorate what would have been her 100th birthday. 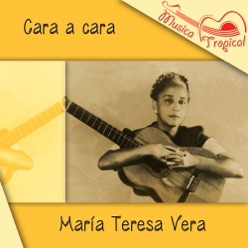 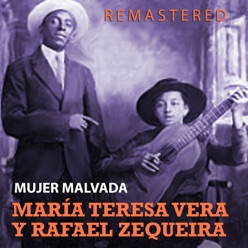 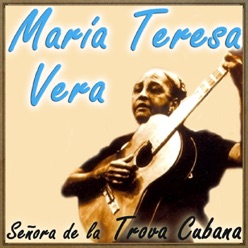