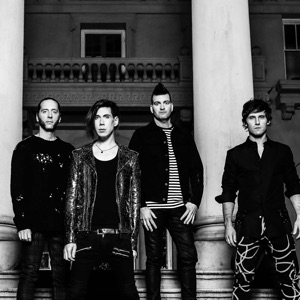 ORIGIN
Vancouver, British Columbia, Cana
FORMED
2001
About Marianas Trench
Blending the energy and melodicism of pop-punk with theatrical pop ambitions and a progressive rock spirit, Canadian quartet Marianas Trench -- named after the Pacific Ocean trench which is the deepest known spot in the world -- rose to widespread popularity at the end of the 2000s thanks to platinum-selling concept albums like 2009's Masterpiece Theatre and 2011's Ever After. With an increasing trend toward thematic grandeur and a growing worldwide audience, the Vancouver band continued to expand both their sound and commercial reach with the '80s adventure film-themed Astoria in 2015 and the lush, haunted pop of 2019's Phantoms.nnThe band grew out of the solo endeavors of singer, songwriter, and multi-instrumentalist Josh Ramsay. A native of Vancouver, music was the family business; his mother worked as a vocal instructor and his dad once owned a popular studio that had recorded bands like Aerosmith and AC/DC in the '80s. In the '90s, while still a teenager, Ramsay began writing and recording his own songs, crafting music under the influence of rock and pop-punk bands as well as vocal groups with an ear for bright harmonies. The rotating cast of musicians in the band that eventually appeared around Ramsay settled down by the early 2000s with musicians from the local scene: guitarist Steve Marshall, keyboardist Matt Webb, bassist Morgan Hempsted, and drummer Ian Casselman. Initially, they were called Ramsay Fiction, and the frontman's persistence paid off when the band finally scored a deal with 604 Records (co-founded by Nickelback's Chad Kroeger) in early 2003. By the 2006 release of their debut, however, the group -- by then called Marianas Trench -- comprised Ramsay alongside Casselman, guitarist/vocalist Matt Webb, and bassist/vocalist Michael Ayley.nn Their label debut, Fix Me, surfaced in the fall of 2006, and the single "Say Anything" soon broke into the Top Three on the Canadian singles chart; "Decided to Break It" also did well on radio and MuchMusic. With a growing fan base and heightened visibility, Marianas Trench decided to up their game on their sophomore effort, introducing more theatrical elements, conceptual themes, and an overall bigger sound. The resulting album, Masterpiece Theatre, was released in 2009 and quickly became both a critical and commercial success, reaching number four on the Canadian Albums chart and going platinum. Extensive touring throughout Canada followed and in 2010, they made their U.S. debut with a show in New York City. Having established themselves as a significant force on the Canadian pop landscape, Marianas Trench returned in 2011 with another ambitious and thematic album, Ever After. Based in a fantasy world called Toyland, the album's narrative was threaded together through 12 interconnected tracks and proved to be another platinum seller, yielding the hit singles "Haven't Had Enough" and "Fallout." Headlining tours of Australia and Canada followed, including the band's first string of arena shows. A four-song EP, Face the Music, offered tracks from Ever After to an American audience and constituted their first official U.S. release via their new label, Interscope. In 2014, a deluxe version of Ever After was reissued with bonus material in the U.S., followed by a pair of singles, "Pop 101" and "Here's to the Zeroes," which were later included on the 2015 EP Something Old Something New.nn In keeping with their conceptual themes, the Marianas Trench's fourth LP, the Goonies-referencing Astoria, arrived later that year and was inspired by fantasy and adventure movies of the '80s. It reached number two at home and fared well on Billboard's Top 200 in the U.S. as well. The album's success also led to a 2016 Juno nomination for Group of the Year. The non-album single "Rhythm of Your Heart" was released in 2017, followed a year later by "I Knew You When," which offered fans the first taste of Marianas Trench's fifth album, Phantoms, released in March 2019. ~ Timothy Monger u0026 Corey Apar 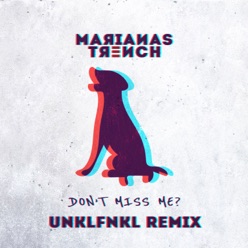 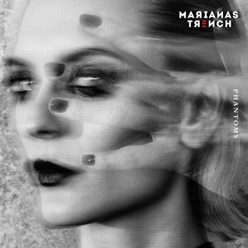 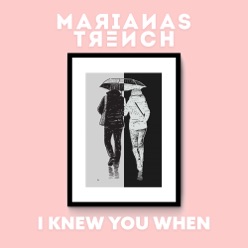