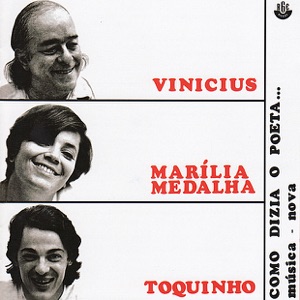 BORN
July 25, 1944
About Marília Medalha
Having had her big break winning the III Festival de Música Popular Brasileira/FMPB (Festival of Brazilian Popular Music, TV Record, 1967) with "Ponteio" (Edu Lobo/Capinam), Marília Medalha started her career in the early '60s performing with Tião Neto and Sergio Mendes in Niterói (Rio de Janeiro). In 1965, she participated in the play Arena Conta Zumbi (Augusto Boal/Gianfrancesco Guarnieri), having been awarded the Revelation Actress of the Year prize by the Association of Theater Criticis of São Paulo. In 1967, she had a season with Edu Lobo at the Zum Zum nightclub (Rio), having participated in the same year in the TV Excelsior show Ensaio Geral, together with Caetano Veloso, Gilberto Gil, Maria Bethânia, and Sérgio Ricardo. After the success with "Ponteio," Medalha went through a phase of national popularity, having released her first album, Marília Medalha, in the same year. In 1968, she won second place at the IV FMPB with "Memórias de Marta Saré" (Edu Lobo/Gianfrancesco Guarnieri) and third place at the I Bienal do Samba with "Pressentimento" (Elton Medeiros/Hermínio Bello de Carvalho), that was included on her second LP, Marília Medalha. In 1970, Medalha performed with Vinicius de Moraes and Toquinho in Salvador, Bahia, and in Buenos Aires, Argentina, where the LP Como Dizia o Poeta/Vinicius, Toquinho e Marília Medalha was recorded live at the La Fusa nightclub. She continued to tour internationally with Moraes and Toquinho for the next two years. In 1972, her compositions for Moraes' lyrics were released on the album Encontro e Desencontro/Marília Medalha e Vinícius de Moraes. In 1974, she participated in the historic show Opinião (Oduvaldo Viana Filho/Paulo Pontes/Armando Costa), together with Zé Kéti and João do Vale, in the role previously performed by Nara Leão and Maria Bethânia. Although she never again reached the same level of popularity of the late '60s and early '70s, she continued to work actively in the city of São Paulo, recording the 1992 album Bodas de Vidro, with her compositions written with several collaborators and also songs by other composers. ~ Alvaro Neder 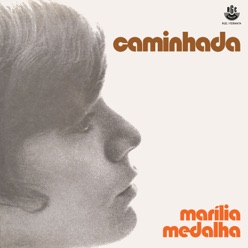 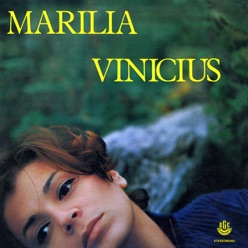 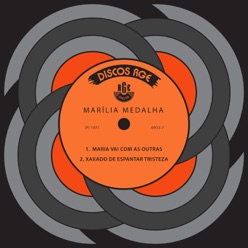