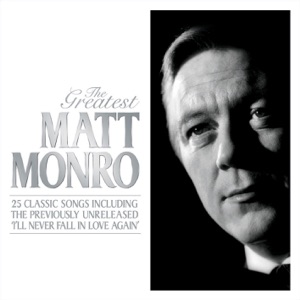 HOMETOWN
London, England
BORN
December 1, 1932
About Matt Monro
Though Matt Monro is known best to worldwide audiences as the voice of one of the best James Bond themes, "From Russia with Love," the British vocalist produced a lifetime of great work. Often criticized as a second-rate Sinatra imitation because of his light, expressive style of swing, Monro hit the British Top Ten frequently during the 1960s but managed only two moderate hits in America.nnBorn Terrence Parsons in London, he began his career singing for television commercials and performed with a few British bands (including Cyril Stapleton's Orchestra) during the early '50s. After a few sides recorded for various labels, he signed to Decca for an album of standards, 1957's Blue and Sentimental. His career really took off one year later when producer George Martin asked him to lend his deep voice to a Peter Sellers album of Sinatra satires, Songs for Swingin' Sellers. Monro's straight-faced contribution, "You Keep Me Swingin'," gained him a contract from Parlophone, and he hit number three in the British charts with 1960's "Portrait of My Love."nn Both "My Kind of Girl" and "Softly, As I Leave You" also hit the Top Ten during the subsequent two years; the former became his first transatlantic hit, reaching number 18 in America. Monro also proved quite proficient in the growing realm of the full-length; his 1962 LP for Parlophone, Matt Monro Sings Hoagy Carmichael, was a very accomplished songbook collection for a pop singer. Though his theme to the second James Bond vehicle, From Russia with Love, only hit the Top 20 in Britain, it increased his exposure around the world. His next single, "Walk Away," hit number four in Britain and just missed the Top 20 in America.nnMonro gained his last British Top Ten in 1965, after his association with George Martin and Parlophone gave him the distinction of being the first artist of thousands to cover the Beatles' "Yesterday." After moving to America that year, his British chart fortunes declined (except for the moderate 1973 hit "And You Smiled"). He continued performing his nightclub routine, and recorded sparingly during the '70s. The 1980 collection Heartbreakers rejuvenated his career somewhat, though his health suffered during the time. He finally died of cancer in 1985. ~ John Bush 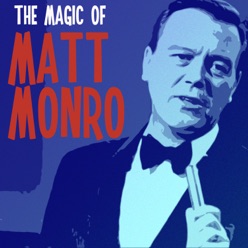 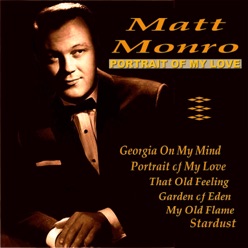 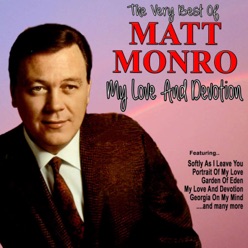 My Love and Devotion: The Very Best of Matt Monro
2019
See all discs