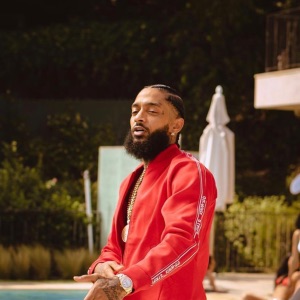 HOMETOWN
Los Angeles, CA
BORN
August 15, 1985
About Nipsey Hussle
American rapper Nipsey Hussle rose from the Los Angeles streets with a series of hit underground mixtapes, becoming both a respected rapper and beloved community figure. Earning a Grammy nomination for his critically acclaimed 2018 debut Victory Lap, he was at the peak of his career when he was murdered a year later in March 2019. Following his death, public outpouring helped push five of his efforts onto the Billboard 200 and also resulted in the renaming of the intersection of Slauson and Crenshaw in honor of the fallen emcee.nn Adapting his stage name from iconic black comedian/actor Nipsey Russell, Slauson-bred Ermias Asghedom built an early following by injecting hazy humor into his rhyme style à la Snoop Dogg, while honing a flow that owed more to the unflinching gangland narratives of early hip-hop kingpin Ice-T. Once a full-fledged member of one of the more notorious subsections of the Crips gang, Hussle was a man of the streets and became a quick mixtape favorite in the late 2000s. Nipsey Hussle became a quick mixtape favorite in the late 2000s with his gritty street observations. Starting with Slauson Boy in 2005, the rapper issued a trio of Bullets Ain't Got No Name volumes in 2008 and 2009 before moving on to The Marathon and its sequel in 2011. His eighth official mixtape, Crenshaw, arrived in 2013. Drawing attention for its $100 price tag, it still broke into the Top 40 of the Billboard Heatseekers chart and featured appearances by James Fauntleroy, Slim Thug, Z-Ro, Rick Ross, and more. Mailbox Money was released on the last day of 2014 and featured guests like Rick Ross, Dom Kennedy, Trae tha Truth, and producers DJ Mustard and DJ Khalil. In 2016, Hussle teamed up with YG for the anthem "FDT (Fuck Donald Trump)," which peaked at number 50 on the Hot Ru0026B/Hip-Hop Songs chart. The following year, Hussle returned to his own material with "Still," which rode a sample of Dr. Dre's "Still D.R.E." and featured appearances by Sloanbone and Pozition. That same year, he issued Slauson Boy, Vol. 2, featuring Mozzy, Young Thug, Dave East, Snoop Dogg, G Perico, Kirko Bangz, Young Dolph, and more. A collaborative effort with Bino Rideaux, No Pressure, arrived before the year's end. In early 2018, Hussle issued his official debut full-length, Victory Lap, which featured guests like YG, Puff Daddy, Kendrick Lamar, The-Dream, Cee Lo Green, and more. The set debuted in the Top Five of the Billboard 200 and was later nominated for Best Rap Album at the 61st Grammy Awards.nn The critically acclaimed set would be his only official album release. On March 31, 2019, Hussle was gunned down outside his Marathon Clothing store in Los Angeles. He was 33 years old. Following a significant public outpouring for the fallen rapper -- including condolences sent from President Barack Obama -- The Marathon, Crenshaw, Mailbox Money, and Slauson Boy, Vol. 2 all made their debuts on the U.S. album chart, while Victory Lap returned to the Billboard 200, peaking at number two. To honor Hussle's contributions to the community, the city announced that the intersection of Slauson Avenue and Crenshaw Boulevard would be named Ermias "Nipsey Hussle" Asghedom Square. ~ Neil Z. Yeung u0026 Jason Thurston 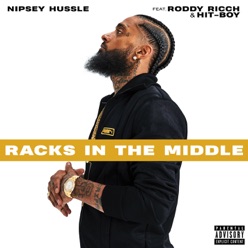 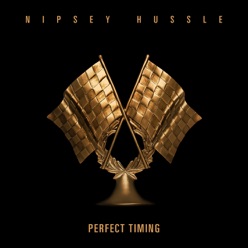 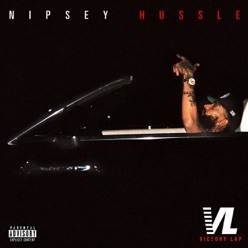