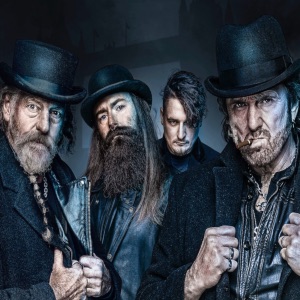 ORIGIN
Turnbridge Wells, England
FORMED
1980
About Anti-Nowhere League
Even when judged by the often confrontational standards of U.K. punk, the Anti-Nowhere League were a band committed to offending people. Looking less like a group of bohemian rebels than an especially unsavory biker gang eager to stomp someone (frontman Animal admits to being a former member of outlaw motorcycle clubs), the Anti-Nowhere League made an immediate impact when they burst onto the British rock scene in 1980. They were heroes to hard-boiled U.K. punks, and to nearly everyone else they were an affront to all decency -- which, of course, made the punks love them all the more.nn The Anti-Nowhere League formed in Turnbridge Wells, England in 1980. The group's initial lineup featured Animal (aka Nick Culmer) on lead vocals, Magoo (aka Chris Exall) on guitar and vocals, Bones (aka Tony Shaw) on drums, and Chris Elvey on bass. Elvey was soon dropped from the lineup, with Winston (aka Clive Blake) taking over on bass. In 1981, Bones left the group, and Gooky Hopper was a short-term replacement until PJ (aka Persian John, born Djahanshah Aghssa) came aboard on drums, solidifying the Anti-Nowhere League's first definitive lineup. After touring with major second-wave U.K. punk acts such as the Exploited, Discharge, and Chron Gen, the group landed a deal with British punk label WXYZ Records. The ANL's debut single was a punked-up cover of Ralph McTell's "Streets of London," but it was the B-side that got most of the attention. "So What" was a three-minute torrent of four-letter words and grotesque sexual boasts that was foul enough that one pressing was confiscated from the distributor's warehouse by the Metropolitan Police's Obscene Publication Squad.nn As so often happened in British punk, the scandal only raised the Anti-Nowhere League's profile, and in 1982 the band released its first album, We Are...The League. The album fared well on the British charts, and by the end of the year the ANL made their American debut in a joint tour with U.K. Subs. A visit to Southeastern Europe was documented on the 1983 LP Live in Yugoslavia, and the Anti-Nowhere League expanded to a five-piece with second guitarist Gilly (aka Mark Gilham). After PJ left the ANL in 1984, the band focused on live work, with PJ initially replaced by Michael Bettell, and next by JB (aka Jonathan Birch), who signed on in 1986. It wasn't until 1987 that the Anti-Nowhere League finally delivered their second album, the significantly more polished The Perfect Crime. By the end of the year, the ANL decided to call it quits, though they regrouped to play a farewell show in Turnbridge Wells in 1989.nn In 1991, Metallica recorded a cover of "So What," which appeared as the B-side of their "Sad But True" single. In 1992, when Metallica were headlining London's Wembley Arena, they invited Animal to sing "So What" with them, and after that the song appeared regularly on Metallica's set lists. This sparked a new interest in the group, and Animal reassembled the Anti-Nowhere League, with Magoo and Gilly rejoining the group. In 1995 they recorded a studio EP, Pig Iron, and a full-length album, Scum, appeared in 1998. By this time, the Anti-Nowhere League's membership became quite fluid, with Animal the only consistent member, though the band continued to tour regularly well into the 21st century. Along with releasing a wide variety of live albums, the group showed a new dedication to recording in the new millennium. They released Kings u0026 Queens in 2005, The Road to Rampton in 2007, We Are the League... Uncut in 2014, and The Cage in 2016, all of which showed that the ANL were still capable of generating the grimy thunder that made them famous. With 2017's League Style, the band put their own unique stamp on a set of reggae and rocksteady covers. ~ Mark Deming 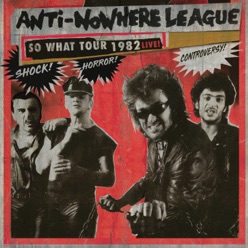 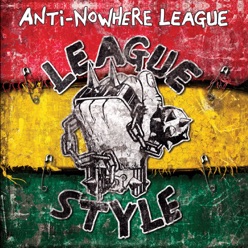 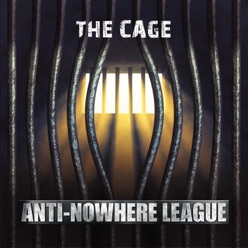