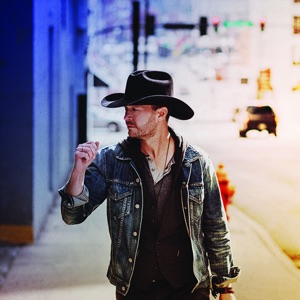 HOMETOWN
Calgary, Alberta, Canada
BORN
July 21, 1972
About Paul Brandt
When Paul Brandt emerged in 1996, he followed in the footsteps of such classic country crooners as George Strait and Randy Travis, a style that catapulted him to the top of the country charts in both America and his native Canada. "My Heart Has a History" and "I Do" reached the country Top Ten in both countries, launching his career with a bang. Subsequent singles didn't perform as well south of the border, but in Canada Brandt scored number one hits as he slyly adapted to modern sounds. Although he didn't score many hits in the 2000s, he kept plugging away in his homeland, turning into something of an institution, which set the stage for a commercial comeback in the mid-2010s.nn Born in Calgary, Alberta and raised in Airdrie, Paul Brandt sang gospel music and learned to play guitar as a child. During high school, he began playing local talent contests, singing his own songs. Most of his original material was directly inspired by neo-traditionalists like Dwight Yoakam and George Strait. Instead of pursuing country music as a full-time career, he decided to attend college and study nursing. For two years, Brandt went to college and practiced as a pediatric nurse at Alberta's Children's Hospital. However, he continued to enter local talent contests and to place well in each event.nnThe turning point in Brandt's musical career came when he entered a national contest sponsored by the Canadian performance organization SOCAN. At the contest, Brandt won first prize for Best Original Canadian Country Song with "Calm Before the Storm," and placed as the runner-up for Best Performance. The SOCAN competition was monitored by several insiders in the Nashville music community, and Warner Bros. expressed interest in signing the singer. A demo tape of Brandt's songs made its way to Reprise's Nashville office. Reprise arranged to see a showcase concert by Brandt and, following the show, the label signed the young singer.nnAfter signing the record contract, Brandt moved to Nashville, where he recorded his debut album with producer Josh Leo, who had previously worked with Kathy Mattea and Alabama. Brandt's debut, Calm Before the Storm, was released in June to critical acclaim and strong sales in both Canada and the United States, thanks to the hits "My Heart Has a History" and "I Do." Outside the Frame followed swiftly in 1997, and while it didn't chart in the U.S., it topped the Canadian country charts on the strength of the hits "A Little in Love," "What's Come Over You," and "Yeah!" Following 1998's holiday album A Paul Brandt Christmas: Shall I Play for You, Brandt delivered That's the Truth in 1999; its title track topped the Canadian country charts, as did the album.nnBrandt spent the next few years quietly, releasing a live album called Small Towns u0026 Big Dreams in 2001 before returning with This Time Around in August 2004. Despite the release of five singles, This Time Around didn't generate a hit. Brandt returned with Risk in 2007, which saw its lead single, "Didn't Even See the Dust," climb to 31. Give It Away appeared in 2011, and it peaked at 13 without spawning a hit.nn Three years later, Brandt experienced a commercial comeback with Borderlines, which produced three Top Ten hits: "Forever Summer," "Get a Bed," and the Jess Moskaluke duet "I'm an Open Road." His career revitalized, Brandt was inducted into the Canadian Country Music Hall of Fame and Western Canadian Country Music Hall of Fame in 2017. He released two EPs in 2018, beginning with the April release of The Journey YYC, Vol. 1. ~ Stephen Thomas Erlewine 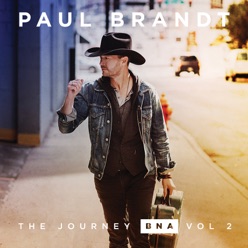 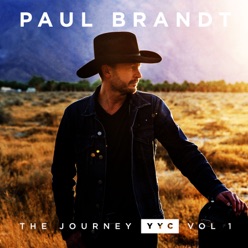