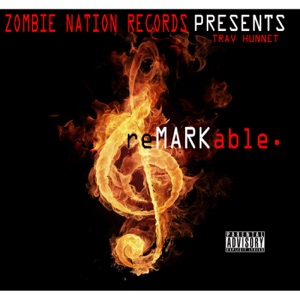 About Rush
Over the course of their decades-spanning career, Canadian power trio Rush emerged as one of hard rock's most highly regarded bands; although typically brushed aside by critics and rarely the recipients of mainstream pop radio airplay, Rush nonetheless won an impressive and devoted fan following, while their virtuoso performance skills solidified their standing as musicians' musicians.nnRush formed in Toronto, Ontario in the autumn of 1968, initially comprising guitarist Alex Lifeson (born Alexander Zivojinovich), vocalist/bassist Geddy Lee (born Gary Lee Weinrib), and drummer John Rutsey. In their primary incarnation, Rush drew a heavy influence from Cream, and honed their skills on the Toronto club circuit before issuing their debut single, a rendition of Buddy Holly's "Not Fade Away," in 1973. A self-titled LP followed in 1974, at which time Rutsey exited; he was replaced by drummer Neil Peart, who also assumed the role of the band's primary songwriter, composing the cerebral lyrics (influenced by works of science fiction and fantasy) that gradually became a hallmark of the group's aesthetic.nnWith Peart firmly ensconced, the band returned in 1975 with a pair of LPs, Fly by Night and Caress of Steel. Their next effort, 1976's 2112, proved their breakthrough release: a futuristic concept album based on the writings of Ayn Rand, it fused the elements of the trio's sound -- Lee's high-pitched vocals, Peart's epic drumming, and Lifeson's complex guitar work -- into a unified whole. Fans loved it -- 2112 was the first in a long line of gold and platinum releases -- while critics dismissed it as overblown and pretentious; either way, it established a formula from which the band rarely deviated throughout the duration of its career.nnA Farewell to Kings followed in 1977 and reached the Top 40 in both the U.S. and Britain. After 1978's Hemispheres, Rush achieved even greater popularity with 1980's Permanent Waves, a record marked by the group's dramatic shift into shorter, less sprawling compositions; the single "The Spirit of Radio" even became a major hit. With 1981's Moving Pictures, they scored another hit of sorts with "Tom Sawyer," which garnered heavy exposure on album-oriented radio and became perhaps the trio's best-known song. As the '80s continued, Rush grew into a phenomenally popular live draw as albums like 1982's Signals (which generated the smash "New World Man"), 1984's Grace Under Pressure, and 1985's Power Windows continued to sell millions of copies.nn As the decade drew to a close, the trio cut back on its touring schedule while hardcore followers complained of a sameness afflicting slicker, synth-driven efforts like 1987's Hold Your Fire and 1989's Presto. At the dawn of the '90s, however, Rush returned to the heavier sound of their early records and placed a renewed emphasis on Lifeson's guitar heroics; consequently, both 1991's Roll the Bones and 1993's Counterparts reached the Top Three on the U.S. album charts. In 1996, the band issued Test for Echo and headed out on the road the following summer. Shortly thereafter, Peart lost his daughter in an automobile accident. Tragedy struck again in 1998 when Peart's wife succumbed to cancer.nn Dire times in the Rush camp did not cause the band to quit. Lee took time out for a solo stint with 2000's My Favorite Headache; however, rumors of the band playing in the studio began to circulate. It would be five years until anything surfaced from the band. Fans were reassured in early 2002 by news that Rush were recording new songs in Toronto. The fruit of those sessions led to the release of Rush's 17th studio album, Vapor Trails, later that spring. By the end of the year a concert from the supporting tour was released on DVD as Rush in Rio.nn In 2004 Rush embarked on their 30th anniversary tour, documented on the DVD R30, and in 2006 they returned to the studio to begin work on a new album that resulted in the 2007's acclaimed Snakes u0026 Arrows. A documentary on the band assembled by Toronto's Bangor Productions called Beyond the Lighted Stage appeared in 2010, followed a year later by another Bangor video production, Time Machine 2011: Live in Cleveland.nn Rush's 19th full-length studio album, Clockwork Angels, arrived in June of 2012. While the following year wouldn't bring a new album, it did deliver the next best thing by way of Vapor Trails: Remixed, which found producer David Bottrill revisiting one of the more notable victims of the so-called loudness wars. Along with a freshly repaired album, Rush also released Clockwork Angels Tour, a three-disc live album recorded during their 2012 tour. The band took the next year off, but returned in 2014 with the R40 video box set, which was released to coincide with the 40th anniversary of Neil Peart's membership. The following year saw Rush embark on their North American R40 tour, which was purported to be their last large-scale tour. It was chronicled in the 2015 CD/DVD concert album R40 Live.nn Rush continued celebrating 40th anniversaries over the next several years by reissuing deluxe remastered versions of the catalog titles including 2112, A Farewell to Kings, and Hemispheres. The latter proved bittersweet: In January of 2018, Lifeson told Toronto's Globe u0026 Mail that: "We have no plans to tour or record any more. Were basically done. After 41 years, we felt it was enough." ~ Jason Ankeny 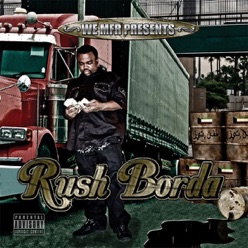 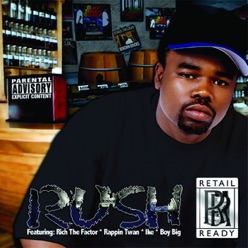 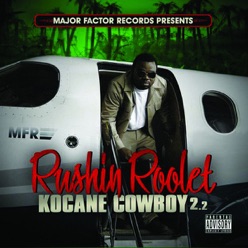