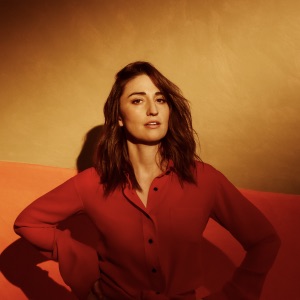 HOMETOWN
Eureka, CA
BORN
December 7, 1979
About Sara Bareilles
A gifted songwriter and a versatile pianist with no formal training, Sara Bareilles burst onto the pop scene in the early 2000s with a dynamic vocal range that earned her comparisons to Fiona Apple, Regina Spektor, and Ingrid Michaelson. Her breakthrough sophomore effort, 2007's Little Voice, went platinum, while follow-up Kaleidoscope Heart topped the charts in 2010. In addition to her pop pursuits, Bareilles also delved into the world of theater, writing the music for the 2015 Tony-nominated stage production Waitress (she later starred in 2017/2018 engagements); starring in the 2018 Emmy- and Grammy-nominated Jesus Christ Superstar Live in Concert!; and contributing to pop reimaginings of tracks from Hamilton and The Greatest Showman.nnBorn and raised in Eureka, California, Bareilles grew up participating in choir and local theater, later learning piano while studying at UCLA, where she was enrolled in their Communication Studies program. There, Bareilles spent the majority of her spare time studying her new environment and writing poetry and songs about the busy surroundings.nnAfter graduation, she spent the next three years performing her songs at open-mike nights, slowly building her confidence as a musician before graduating to local clubs and festivals. In 2003, she co-produced her first demo, Careful Confessions, and became enthralled with recording techniques. Eager to go back to the studio and create a second full-length album, she started shopping her CD around and signed a deal with Epic Records in April 2005. Producer Eric Rosse took her under his wing the following February and the two spent a little over a year perfecting the orchestration -- nearly half of the songs had formerly appeared on Careful Confessions, and a new batch of tracks was carefully constructed in order to make her first major-label release as strong as possible. The lyrical themes of the album, entitled Little Voice and released in July 2007, covered her past relationships, insecurities, and inner battles with trying to trust her instincts. The single "Love Song" made the album a hit; both the single and album reached the Top Ten, with "Love Song" eventually selling more than three million copies.nn With a hit album on her hands, Bareilles hit the road and toured heavily for the next two years, releasing a concert album (Between the Lines: Sara Bareilles Live at the Fillmore) along the way. Playing her songs night after night inspired her to begin writing new material, and Bareilles found herself drawn to material that was bigger, bolder, and peppier than the songs that comprised Little Voice. The result was Kaleidoscope Heart, which marked her second major-label effort upon its release in mid-2010. Kaleidoscope Heart debuted at number one on the Billboard charts, beginning a hectic year for Bareilles. She toured the album well into 2011 and in the fall of that year, she signed on to NBC's televised competition The Sing-Off as a judge.nn After The Sing-Off wrapped up its run in the spring of 2012, Bareilles recorded the Once Upon Another Time EP with her fellow judge Ben Folds acting as producer. She toured semi-regularly throughout 2012 as she prepped a new album. That full-length record, her fourth, was called The Blessed Unrest and was released in July 2013. Partially on the strength of the single "Brave," The Blessed Unrest debuted at two on the Billboard Top 200 upon its release, and in the next year it received a Grammy nomination for Album of the Year; "Brave" also received a nomination for Best Pop Solo Performance.nnFollowing the album cycle for The Blessed Unrest, Bareilles turned her attention toward completing a memoir and writing the music for Diana Paulus' Broadway musical adaptation of Adrienne Shelly's 2007 film Waitress. Both projects surfaced in the autumn of 2015. The book, entitled Sounds Like Me, appeared in October while What's Inside: Songs from Waitress saw release in November. Her ties to Waitress extended into 2017, when Bareilles made her Broadway debut, appearing in the lead role of Jenna Hunterson for a limited ten-week run. She reprised her role in 2018 before starring as Mary Magdalene on a television adaptation titled Jesus Christ Superstar Live in Concert! She received an Emmy nomination for her role and the set was later nominated for a Grammy.nn Bareilles returned to her pop career in 2019 with her sixth album, Amidst the Chaos, which featured songwriting contributions by Lori McKenna and production by T-Bone Burnett. ~ Jason Lymangrover u0026 Neil Z. Yeung 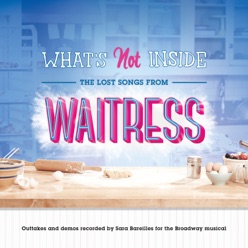 What's Not Inside: The Lost Songs from Waitress (Outtakes and Demos Recorded for the Broadway Musical)
2019 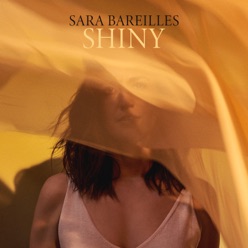 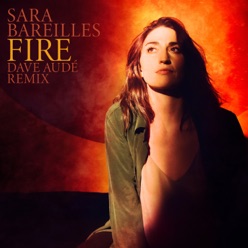