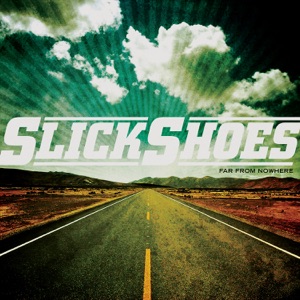 ORIGIN
Orange County, CA
FORMED
1994
About Slick Shoes
Orange County, CA-based Christian punk-pop outfit Slick Shoes formed in 1994 from the ashes of the local band Today's Special, reuniting guitarist Jackson Mould with drummer Joe Nixon. Over the next year, the duo worked at writing songs before recruiting bassist Jeremiah Brown; Mould initially assumed vocal duties, but with the addition of then 14-year-old frontman Ryan Kepke, the Slick Shoes lineup was complete, and within two weeks, the band signed to the Tooth u0026 Nail label to issue their self-titled 1997 debut EP. The full-length Rusty followed later that same year, and upon adding second guitarist Dale Yob, the group recorded 1998's Burn Out. Both Mould and Yob soon exited, and with new guitarist Greg Togawa, Slick Shoes returned as a four-piece in mid-2000 with Wake Up Screaming, quickly followed by a split EP with Cooter (the band that would later be renamed Autopilot Off) recorded for the Fueled by Ramen imprint. After a tour with MxPx and additional shows with Tooth u0026 Nail artists Ace Troubleshooter, Calibretto 13, and Rod Laver, Slick Shoes issued their fourth album, a self-titled effort in April 2002. Following the album's recording, several more lineup changes ensued. Brown exited to be replaced by bassist Kevin Clark; both guitarists eventually left as well and Jonah Peterson and David Stoltenberg would ultimately fill those positions. Far from Nowhere appeared the next summer on Side One Dummy, which preceded that fall's The Biggest and Best greatest-hits compilation. Ever unstable, in early 2004, Nixon and Clark got the boot from Slick Shoes. ~ Jason Ankeny 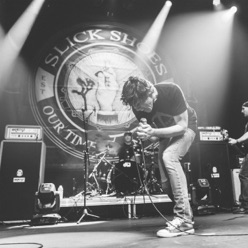 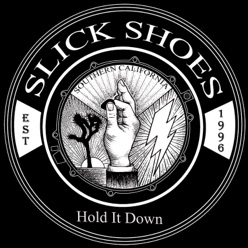 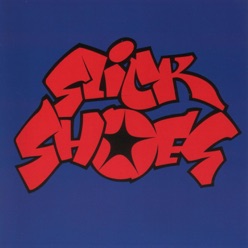