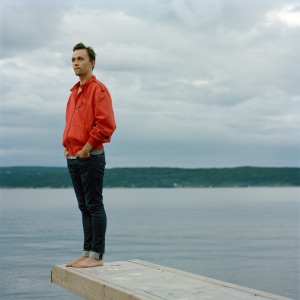 HOMETOWN
Bergen, Norway
BORN
September 5, 1982
About Sondre Lerche
By the time Sondre Lerche had released his major-label debut (2002's critically acclaimed Faces Down), the 19-year-old Norwegian was already a veteran of the music industry. Signed to Virgin Norway in 2000, Lerche released the chart-topping EP You Know So Well in February 2001. A commercially successful follow-up EP, No One's Gonna Come, was released in June of the same year, accompanied by numerous local performances and increasing industry buzz. Lerche's distinctive voice and natural talent for writing appealing pop tunes that were alternately sunny and melancholic quickly established him as a definite contender for significance throughout Europe and beyond.nn Born and raised in Bergen, Norway, Lerche was weaned on the '80s pop that emanated from his older siblings' rooms. Compelled by a defining fascination for bands such as a-ha, the Beach Boys, and Prefab Sprout, Lerche began formal guitar instruction at age eight. Not satisfied with the lessons at school, he experimented with original tunes on his own, eventually penning his first song, "Locust Girl," at 14. Lerche performed acoustic gigs at the club where his sister worked while he was still underage, and was "discovered" by Norwegian producer HP Gundersen. Under Gundersen's mentorship, Lerche was exposed to diverse music genres, including psychedelia, '60s pop, and mainstream Brazilian music, broadening his appreciation for eclectic music styles. Around this time Lerche also met up with Oslo-based manager Tatiana Penzo, leading up to a deal with Virgin Norway.nn The songs from Faces Down had been completed before winter 2000 but postponed for release until Lerche fulfilled several academic requirements. In the interim, he was named Best New Act at the Norwegian Grammys (Spellemannprisen) and performed locally in support of major acts such as Beth Orton. Faces Down was officially released in Norway in September 2001 and gradually throughout all of Europe. Lerche toured with various acts, including a once-in-a-lifetime opportunity to share the stage with his longtime idols a-ha in Oslo. Autumn 2002 saw the release of Faces Down in America and Lerche's first major tour of the United States. He treated fans with the live/studio EP Don't Be Shallow the following year. Lerche got personal for his sophomore effort, Two Way Monologue, which appeared in spring 2004 and furthered the chamber pop sound of its predecessor.nn For his next album, Lerche took a stylistic diversion and recorded an album of low-key, jazz-influenced tunes with a small mostly acoustic version of his Faces Down band. Duper Sessions was released in 2006 and reached number five in the Billboard Top Contemporary Jazz chart. While touring that year with Elvis Costello, Lerche was inspired by Costello's energy and interaction with his group. This led Lerche and the Faces Down to record a batch of short, punchy rock songs for 2007's Phantom Punch.nn Among the fans of Lerche's work was director Peter Hedges, who was looking for someone to provide music for his 2007 film Dan in Real Life -- someone to be his Cat Stevens (Harold and Maude) or Simon u0026 Garfunkel (The Graduate). He chose Lerche, and the soundtrack featured a mix of songs from his back catalog and some newly recorded tracks. In 2009, Lerche released a new album, the sophisticated Heartbeat Radio, which doubled as his debut for the Rounder label. A self-titled album followed in 2011, featuring collaborations with Midlake percussionist McKenzie Smith and Lerche's longtime producer Kato Ådland. To celebrate his 30th birthday in 2012, Lerche released his first live album, Bootlegs, and reissued his first four albums on vinyl with bonus tracks. Before his next album, Lerche and his wife of eight years divorced, which gave 2014's Please a bitingly personal lyrical feel. That same year his soundtrack for the film The Sleepwalker was released.nn Lerche's career had always been a series of surprising artistic shifts, but the biggest one came with the release of the first single for his next album, Pleasure. Forgoing the sophisticated guitar pop of the previous couple records, "I'm Always Watching You" was a very '80s-influenced, synth-heavy club track that had plenty of New Edition's classic "Cool It Down" in its DNA. The album proved to be just as guitar-free and synthesized as the single, and also just as shiny and fun. It was released in March of 2017 by the PLZ label. ~ Roxanne Blanford u0026 Tim Sendra 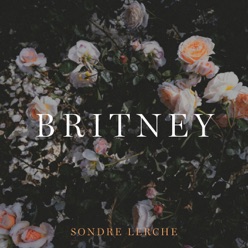 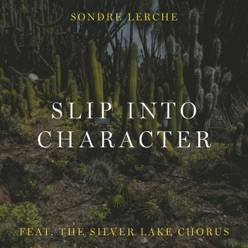 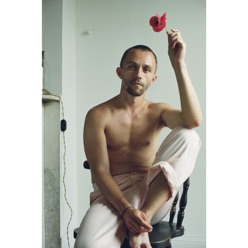