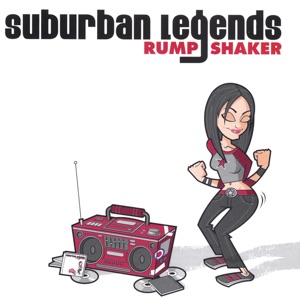 ORIGIN
Orange, CA
FORMED
2000
About Suburban Legends
While many ska bands (especially those riding in on the third wave) take pride in a rowdy and entertaining live show, not many can actually boast perfectly choreographed dance numbers to complement entire sets. Suburban Legends not only do this with style, but their shtick led to extended stints as the outdoor entertainment for nightly Disneyland crowds during the summer and holiday seasons; the Anaheim gig also helped the bandmembers hone their performance skills as they played close to a whooping 1,000 shows in 2002 alone. The dance-happy and spirited ska-punkers of Suburban Legends came together in 2000 in Orange, CA, self-producing and releasing their first EP, a self-titled one, the following year. Helped in part by their post at Disneyland, it went on to sell over 20,000 copies and caught the attention of Oingo Boingo's John Avila, who agreed to produce the band's next album. That album, Rump Shaker, appeared in 2003, and on it, Suburban Legends included vocalist Tim Maurer, trumpeters Vincent Walker and Aaron Bertram, trombonists Ryan Dallas Cook and Brian Robertson, guitarist Brian Klemm, bassist Chris Maurer, and drummer Derek Lee Rock.nn The guys toured nationwide over the next few years, playing shows with acts like the Toasters, Big D u0026 the Kids Table, and Reel Big Fish. The live CD/DVD Season One was issued in 2004 (which included videos, performance footage, and rare songs), and things were looking up as their name spread throughout the ska world. But then in October 2005, Cook was tragically hit and killed by a drunk driver as he rode his motorcycle home from a late practice. Suburban Legends were shaken at the loss of their friend; they eventually pressed on with a fund being set up in Cook's honor to benefit his high-school music program. By 2006, both Maurers had exited the band along with Bertram; Suburban Legends now found Walker over on vocals and new members Mike Hachey (bass), Luis Beza (trumpet), and Phillip Inzerillo (trombone) rounding out the septet. The six-song EP Dance Like Nobody's Watching was also released in 2006 and the year was closed out on the road. ~ Corey Apar 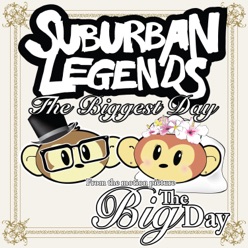 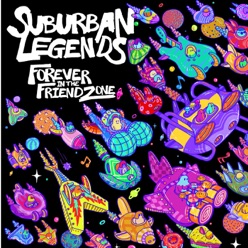 Forever in the Friendzone
2015 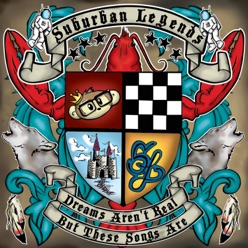