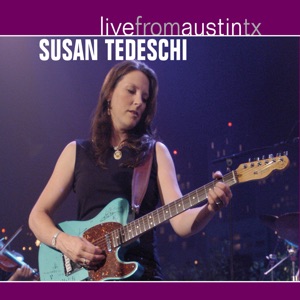 HOMETOWN
Boston, MA
BORN
November 9, 1970
About Susan Tedeschi
Guitarist, singer, and songwriter Susan Tedeschi is part of the new generation of blues musicians looking for ways to keep the form exciting, vital, and evolving. Tedeschi's live shows are by no means straight-ahead urban blues. Instead, she freely mixes classic Ru0026B, blues, and her own gospel and blues-flavored originals into her sets. She's a young, sassy blues belter with musical sensibilities that belie her years.nn Tedeschi began singing when she was four and already active in local choir and theater in Norwell, a southern suburb of Boston. At 13, she began singing with local bands and continued her studies at the Berklee College of Music, honing her guitar skills and also joining the Reverence Gospel Ensemble. She started the first incarnation of her blues band upon graduating in 1991, with vocalist/guitarist Adrienne Hayes, a fellow blues enthusiast whom she met at the House of Blues in Cambridge, Massachusetts. Bonnie Raitt, Janis Joplin, and Boston-area singer Toni Lynn Washington were Tedeschi's most important influences; in starting her band, in fact, she used Washington's backing band and hustled up gigs on nights when Washington and her band were not already booked. Since they began performing around Boston's fertile blues scene, Tedeschi and her band developed into a tightly knit, road-ready group, and have played several major blues festivals. Guitarist Sean Costello has since replaced original guitarist and co-vocalist Hayes, who left the group to pursue her own musical interests.nn The Susan Tedeschi Band's first album, Just Won't Burn, was released on the Boston-based Tone-Cool Records in early 1998. The band for her debut on Tone-Cool includes guitarist Costello, bassist Jim Lamond, and drummer Tom Hambridge; guitarist Hayes also contributes. Just Won't Burn is a powerful collection of originals, plus a sparkling cover of John Prine's "Angel from Montgomery." Tedeschi and band also do justice to a tune Ruth Brown popularized, "Mama, He Treats Your Daughter Mean," and Junior Wells' "Little by Little." The appropriately titled Wait for Me appeared in 2002 and was followed two years later by the CD and DVD Live from Austin TX. 2005's Hope and Desire found Tedeschi on the Verve Forecast label; it was followed up by the stellar Back to the River. In a desire to spend more time with her husband Derek Trucks (who led his own group and was a guitarist with the Allman Brothers Band) and their children, the pair formed the soul-blues group the Tedeschi-Trucks Band, an 11-piece ensemble that also included brothers Oteil and Kofi Burbridge on bass and keyboards, respectively, and drummers Tyler Greenwell and J.J. Johnson. The unit signed to Sony's Masterworks imprint and released their debut album, Revelator in June of of 2011. ~ Richard Skelly 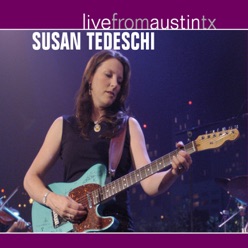 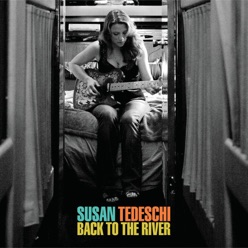 Back to the River (Bonus Track Version)
2008 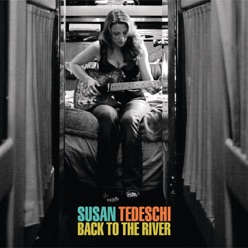