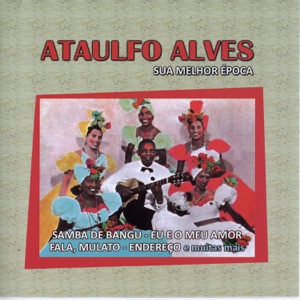 About Ataulfo Alves
Son of the violeiro (Brazilian viola player), repentista (verse improviser), and harmonica player Severino Alves de Souza, Ataulfo Alves at age eight already was responding in verses to his father's desafios (cutting contests). Becoming an orphan at age ten, he worked in several jobs, moving to Rio in 1927. There he continued to work, frequenting rodas de samba in his leisure hours. At that time he already knew how to play the violão (acoustic guitar), the cavaquinho, and the mandolin, and organized a group, which played in the neighborhood. Alves then became the diretor de harmonia of the bloco (Carnival group) Fale Quem Quiser. Introduced by Bide to RCA Victor's director in 1933, he had his "Sexta-feira" recorded by Almirante, and soon (1934) his "Tempo Perdido" was recorded by Carmen Miranda (who was already acquainted with Alves). The first hit came out in the following year, "Saudades do Meu Barracão," which was recorded by Floriano Belham and the Bando da Lua. In the same year, the Bando da Lua recorded the march "Menina Que Pinta o Sete" (with Roberto Martins). In 1936 Sílvio Caldas recorded the samba "Saudade Dela" and in 1937 Carlos Galhardo recorded the valse "A Você" (with Aldo Cabral) and the samba "Quanta Tristeza" (with André Filho), among many others in the following years. Orlando Silva recorded in 1938 "Errei...Erramos," and several other Alves songs in the years to come. In 1940 and 1941 Alves won the Carnival contest with "Oh! Seu Oscar" and "O Bonde de São Januário," both with Wilson Batista as a partner. In 1941, Alves decided to record an album just for his family and friends. Talking to Odeon's head Max Strauss, he had the idea approved. The album had Alves' "Leva Meu Samba" and "Alegria Na Casa de Pobre" (with Abel Neto), and he was backed by the Escola de Samba da Cidade. In 1942, Alves wrote a samba with Mário Lago, which was offered unsuccessfully to several recording artists. Deciding to record it himself, he went to Odeon to propose the same deal to Strauss, but there he learned that the company wanted to sign with him as its exclusive artist. Alves recorded then the sambas "Ai, Que Saudades da Amélia!" and "Não Posso Viver Sem Ela" (Bide/Cartola), backed by the Academia de Samba (intro by Jacob do Bandolim). The album promoted his definitive consecration as composer and singer. "Ai, Que Saudades da Amélia!" became hugely popular and is an all-time Carnival classic. Together with Mário Lago, he would still write "Atire a Primeira Pedra" (for 1944's Carnaval), "Capacho," and "Pra Que Mais Felicidade" (1945). Concerned with practical reasons, he substituted the Academia for a three-girl choir, nicknamed the Pastoras by Pedro Caetano. Alves then harvested one hit after another: "Pois É...," "Vai Mesmo," "Mulata Assanhada," "Inimigo do Samba" (with Jorge de Castro), "Todo Mundo Enlouqueceu" (with Jorge de Castro), "Boêmio Sofre Mais" (with Floriano Belham), "Vá Baixar Noutro Terreiro" (with Raul Marques), and "Infidelidade" (with Américo Seixas). In the 1950s, a decade characterized by the sadness of the fossa and dor-de-cotovelo styles, Alves had success with "Fim de Comédia" and "Errei Sim," both recorded by Dalva de Oliveira. In 1954 he participated in the Casablanca nightclub's show O Samba Nasce do Coração, where he presented the samba "Pois É...." Fired by RCA Victor, "Pois É..." was recorded only in 1955, through Sinter. In the next year, he recorded the LP Ataulfo Alves e Suas Pastoras. In 1957 he wrote "Meus Tempos de Criança" and "Vai, Mas Vai Mesmo," the latter a hit at the 1958 Carnival. Alves participated in the 1961 Brazilian popular music caravan, invited by Humberto Teixeira, presenting there "Mulata Assanhada" and "Na Cadência do Samba" (with Paulo Gesta). In the same year he became his own publisher through his Ataulfo Alves Edições. He dissolved the Pastoras trio and continued to perform by himself. In 1962, his samba "Na Cadência do Samba" had a remarkable success after the release of the Philips LP Meu Samba...Minha Vida. In 1966 he represented Brazil in the I Black Arts Festival in Dakar, Senegal. "Laranja Madura" became a hit in 1967, having several recordings. In the same year, "Ai! Que Saudades da Amélia" was recorded by Roberto Carlos. With Carlos Imperial, he wrote "Você Passa e eu Acho Graça," "Você Não é Como as Flores," and his last song, "Mandinga," recorded by Clara Nunes. ~ Alvaro Neder 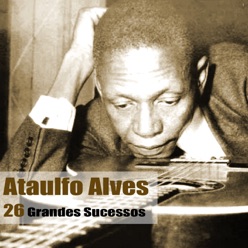 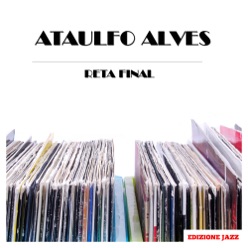 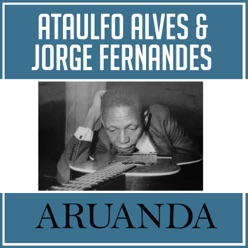