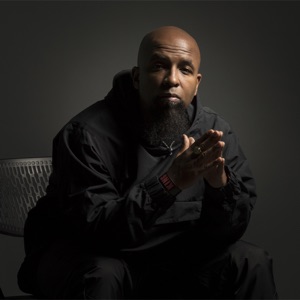 HOMETOWN
Kansas City, MO
BORN
November 8, 1971
About Tech N9ne
While he debuted in the underground realm of horrorcore and seemed destined to be a future footnote, rapper Tech N9ne grew to be an indie rap superstar. In the process, he built his Strange Music label into a Psychopathic Records-styled empire with an accompanying loyal fan base, but when it comes to influence, Tech arguably topped underground trailblazers Insane Clown Posse thanks to collaborations with mainstream artists and a style that evolved from horrorcore to hardcore and confessional. Issuing a quartet of Top Five albums in the early 2010s -- All 6's and 7's, Something Else, Strangeulation, and Special Effects -- he built a vast and devoted audience with little help from the mainstream.nnBorn Aaron Dontez Yates in Kansas City, Missouri, Tech learned to read and do math through educational raps. Later, music helped him deal with his mother's ongoing struggle with lupus, while an interest in horror and ghosts would offer an attractively dark form of escapism. He brought these qualities to his own work as he joined groups like Black Mafia, 57th Street Rogue Dog Villians, Nnutthowze, and the Yukmouth project the Regime. In 1996 he signed with Quincy Jones' label Qwest before moving to the indie Midwestside Records, where he released his debut, The Calm Before the Storm, in 1999. The Worst followed on the label in 2000, and then the Interscope-associated imprint JCOR picked the artist up for 2001's Anghellic, a horrorcore effort that introduced Tech's own sublabel, Strange Music.nn Touring certainly helped spread the word, and the rapper's over the top stage show locked some fans in for good, but Tech didn't feel his label was being honest about sales, so he left JCOR and took Strange Music with him. The label released Absolute Power in 2002, with Strange artists Krizz Kaliko and Kutt Calhoun making guest appearances on the album along with Eminem's dark crew D12. Everready (The Religion) followed in 2006 with Krizz and Kutt joined by Brotha Lynch Hung to represent the Strange Music roster, while an E-40 guest spot continued Tech's crossover journey, which came to include his music on video game soundtracks (25 to Live, Madden NFL 06). The album debuted at number 50 on the Billboard 200 albums chart.nn The 2007 album Misery Loves Kompany launched the rapper's Collabos series, where every cut came with a guest artist, although mostly it was Kutt and Krizz, with a visit from old friend Yukmouth. The next year's album, Killer, came with a cover that mocked Michael Jackson's Thriller and debuted at number 12, as Tech was joined by Krizz, Kutt, Ice Cube, and Scarface along with the rapcore group (hed) p.e. Krayzie Bone joined for 2009's collabo album Sickology 101, which introduced Big Scoob as a Strange Music artist. The album also featured Suburban Noize group Potluck as guests, and with Tech making an appearance at that year's Gathering of the Juggalos festival hosted by ICP, Strange claimed their rightful place next to Suburban and Psychopathic in the pantheon of indie rock-rap labels. By the end of the year, the concept album K.O.D. had landed with Three 6 Mafia on the guest list, and 2010 kicked into high gear with the release of two EPs (The Lost Scripts of K.O.D. and Seepage), a collabo album (The Gates Mixed Plate with Devin the Dude, Glasses Malone, and many others) and an XXL Magazine-sponsored mixtape (Bad Season).nn The slick crossover effort All 6's and 7's followed in 2011. With guest appearances from Lil Wayne, B.o.B, Kendrick Lamar, Twista, T-Pain, and Snoop Dogg, Tech had arguably become mainstream with the release while the album's debut at number four -- and its eventual climb to number one -- made it official. The collabs album Welcome to Strangeland appeared by the end of the year and 2013 saw him return with Something Else, an album featuring guest shots from System of a Down's Serj Tankian, Kendrick Lamar, and the remaining members of the Doors. A fifth collection of collaborations titled Strangeulation appeared in 2014, and the LP Special Effects landed a year later. The album featured guests like B.o.B, Lil Wayne, 2 Chainz, plus Eminem, and debuted at number four on the Billboard 200. The year 2015 also saw the release of the sixth collabo album, Strangeulation, Vol. 2, with guest shots from Big Scoob, Ces Cru, and Murs, the last of whom had just signed with Strange Music.nnTech's 17th studio album arrived in late 2016. The Storm featured a typically diverse roster of guests, including Korn's Jonathan Davis, Boyz II Men, Gary Clark, Jr., Logic, and his Strange signees Krizz and Scoob. The album became one of his most successful to date, rising into the Top Five on the Billboard independent, Ru0026B, and rap charts. Tech followed with his seventh Tech N9ne Collabos album, Dominion, which arrived in the spring of 2017. The collection featured familiar faces like Krizz Kaliko, Ces Cru, Murs, and Brotha Lynch Hung, with production by Michael "Seven" Summers. A second Collabos set was issued months later. Strange Reign recruited many familiar faces and landed in the Top 100 of the Billboard 200. Tech's 20th effort, Planet, arrived in early 2018, landing him yet another number one on the indie chart. His annual LP for the following year, N9NA, was issued in April and featured many guests alongside multiple appearances from Krizz Kaliko. ~ David Jeffries 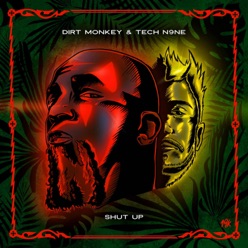 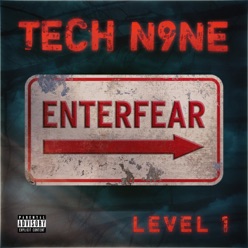 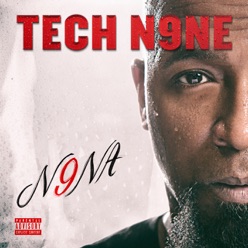