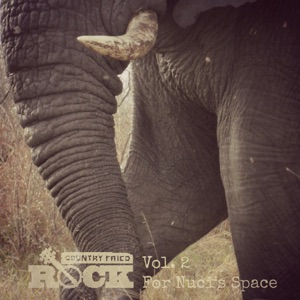 About The Blue Dogs
Not to be confused with the avant-garde jazz combo Blue Dog or the alternative rock outfit Blue Dog Pict, the Blue Dogs are an earthy, down-home roots rock/country-rock/Southern rock band from South Carolina. The twangy, very Southern-sounding Blue Dogs were formed in Charleston, SC, in 1987 by lead singer/guitarist Bobby Houck and bassist Hank Futch, who had known each other since childhood and played together in college. Drummer Greg Walker came along later, joining the band in 1993. At first, the Blue Dogs were acoustic-oriented and played a lot of bluegrass and country covers. But in the early '90s, they went electric and shifted their focus to roots rock, country-rock, and Southern rock; the artists who have influenced the electric version of the Blue Dogs range from the Wallflowers and Tom Petty u0026 the Heartbreakers to Little Feat and John Cougar Mellencamp. The Blue Dogs' first album came out in 1991, when they released Music for Dog People on their own Black River label. That album was followed by 1993's Soul Dogfood and 1995's Street Theater, both of which are also on Black River. While those three releases were full of cover songs, the Blue Dogs' fourth album, The Blue Dogs (which was produced by John Alagia and came out in 1997) marked the first time that one of their albums contained nothing but original material. In 1998, the band recorded its fifth album, For the Record, a live CD that was followed by a studio effort titled Letters From Round O (which was produced by Cracker's David Lowery in 1999). The Blue Dogs' seventh release, Live at the Florence Little Theater, was recorded in 1998 but didn't actually come out until 2002. For the Blue Dogs, personnel can change from one album to the next; a Blue Dogs album (either live or studio) will typically include core members along with what could be called an extended family of fellow Southern musicians. In the early 2000s, the core of the band included Houck, Futch, Walker, and guitarist David Stewart (who joined in 1998). ~ Alex Henderson

The Blue Dogs songs in January