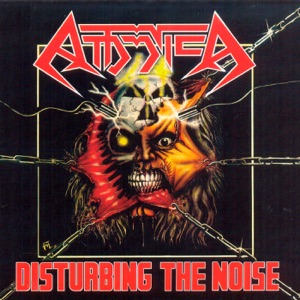 ORIGIN
São José dos Campos, Brazil
FORMED
1985
About Attomica
Attomica was founded in São José dos Campos, Brazil, in 1985 by guitarist João Paulo Francis and drummer Mario Sanefuji, with vocalist Laerte Perr and brothers Pyda (guitar) and Andre Rod (bass) joining soon after. Their modest ambition was to become the fastest heavy metal band in their world, and Attomica's talents certainly improved at an amazingly fast rate, quickly evolving from the raw songs and Portuguese lyrics presented in their initial shows and 1986 demo to a far more accomplished, speed-thrash style and English-sung lyrics on their eponymous debut album in 1987. Following its release by the tiny Equinox label, the group immediately headed out on tour, visiting many of Brazil's major cities and greatly expanding their fan base in the process, but the experience drove a wedge between the musicians and singer Perr, who quit as soon as they returned home. Attomica quickly found a replacement in ex-Thor singer Fabio Moreira and got to work composing new material, but by the time their somewhat generic, Bay Area thrash-dominated second album, Limits of Insanity, was released by Cogumelo Records in 1989, Moreira, too, was gone and bassist Andre Rod had taken over vocal duties in his stead. Once again Attomica set out on a well-received tour across Brazil, only to hobble home to São José dos Campos in a state of turmoil. Guitarist Pyda Rod was next on the departure list, eventually being substituted by João Paulo's brother, João Márcio Francis (ex-Megaton), and former singer Fabio Moreira was reinstated in time to perform on the band's third album, Disturbing the Noise. Arriving in stores in 1991, the LP's "ultra-speed" style cemented Attomica's standing as one of Brazil's top thrash acts; the promo clip for single "Deathraiser" was showcased on several TV video shows, including the Brazilian MTV affiliate; and, as well as setting up their own tour dates, the group was hand-picked by German thrashers Kreator to open a pair of shows in Brasilia and São Paulo. Yet the members of Attomica were still earning next to no money from all these efforts and had grown tired of the grueling cycle of recording, touring, and replacing disgruntled musicians. They thus decided to split up in 1994, but like most Brazilian heavy metal bands from the "golden" '80s generation, Attomica would re-form at the start of the new millennium, dropping one of the two Ts in their name and releasing a live album entitled Back and Alive in 2004. ~ Eduardo Rivadavia 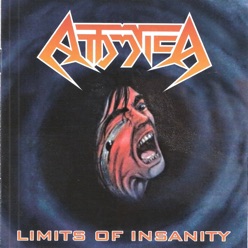 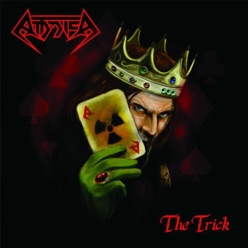 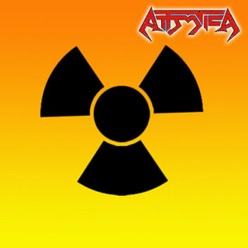