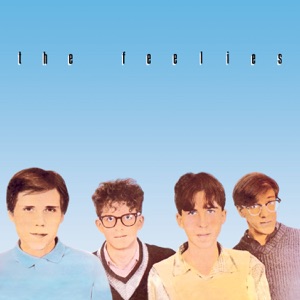 ORIGIN
Hoboken, NJ
FORMED
1977
About The Feelies
Of the countless bands to emerge from the New York City underground during the post-punk era, few if any were as unique and influential as the Feelies; nerdy, nervous, and noisy, even decades later their droning, skittering avant-garde pop remains a key touchstone of the American indie music scene. Named in reference to Aldous Huxley's paranoid classic Brave New World, the Feelies formed in 1976 in suburban Haledon, New Jersey, where singers/guitarists Bill Million and Glenn Mercer first met while in high school; bassist John J. and drummer Dave Weckerman rounded out the original lineup, although they were replaced in 1977 by bassist Keith Clayton and drummer Vinny Denunzio. The revamped group soon made its N.Y.C. debut, quickly creating a buzz throughout the city's new wave circuit -- a Village Voice headline even dubbed them "The Best Underground Band in New York."nnDrummer Anton Fier replaced Denunzio in 1978, and a year later the Feelies cut their debut single, "Fa Ce-La," for the British indie Rough Trade. Their refusal to work with outside producers jeopardized their immediate hopes for a major-label deal, however, and so their brilliant 1980 LP, Crazy Rhythms, instead appeared on another U.K. indie, Stiff; the record's manic melodies, jittery rhythms, and opaque lyrics made it a huge critical favorite, and although it made little impact outside of underground circles, many latter-day acts -- R.E.M. chief among them -- cited the album as a major influence. Still, Crazy Rhythms' commercial failure sat badly with Stiff, which began pressuring the Feelies to produce a hit single; the pressure ultimately forced the group into a kind of suspended animation, with Fier soon exiting to join the Lounge Lizards and later mounting the Golden Palominos.nnWith the Feelies out of action for the better part of the early '80s, the remaining members turned their focus to a variety of side projects -- in 1982, Million and Mercer reunited to compose the score to Susan Seidelman's film Smithereens, concurrently playing in a series of Jersey-area bands including Weckerman's new outfit Yung Wu, the Trypes (who issued the 1984 EP The Explorers Hold), and the instrumental Willies. Finally, Million and Mercer reactivated the Feelies banner in 1983, reuniting with Weckerman as well as two of their Willies bandmates, percussionist Stanley Demeski and bassist Brenda Sauter; still, the revitalized group's performance schedule was sporadic at best, limited primarily to holiday appearances. Finally, they entered the studio with producer Peter Buck of R.E.M., releasing the folky The Good Earth on Coyote in 1986.nnThat same year, the Feelies appeared in director Jonathan Demme's film hit Something Wild; combined with critical praise for The Good Earth, the group's raised media visibility caught the attention of Au0026M, which released the follow-up, Only Life, in 1988. Time for a Witness followed in 1991, but on July 5 of that year the Feelies gathered at the Maxwell's club in Hoboken, New Jersey to play their final show -- soon after Million unexpectedly moved to Florida without telling any of his bandmates, not even leaving a forwarding address. In the months to follow Demeski began playing in Luna, Sauter worked with Speed the Plough and Wild Carnation, and Mercer and Weckerman reteamed in Wake Ooloo; when that band fell apart in 1998 after three LPs for the Pravda label, the duo again joined forces to form another new unit, Sunburst.nn In the summer of 2008 the classic 1983 lineup held a low-key reunion, opening for Sonic Youth and playing two sold-out shows at Maxwell's. A year later they appeared at a tribute to R.E.M. concert at Carnegie Hall and performed at the All Tomorrow's Parties festival in Monticello, New York, playing the Crazy Rhythms album in its entirety. The band signed with Bar/None that same year, and began work on a new album. Recorded at Water Music in Hoboken, 2011's Here Before represented the outfit's first collection of new music in nearly 19 years. After the album's release, the band played periodic live dates, mostly on the East Coast, and in February 2017 the Feelies returned with their sixth studio album, In Between, released by Bar/None. ~ Jason Ankeny 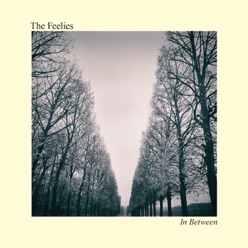 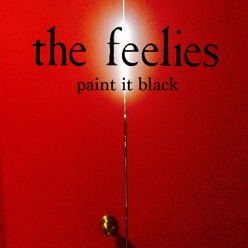 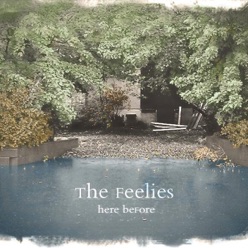 Here Before
2012
See all discs

The Feelies songs in July