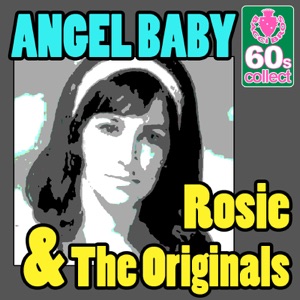 About The Originals
Rosie u0026 the Originals are one of the best-remembered one-shot artists of the early rock era, getting to number five with their 1960 single "Angel Baby." A slow, simple, and primitively recorded and executed doo wop-shaded ballad, it was distinguished from countless other records of the sort by 15-year-old Rosie Hamlin's unnaturally high, thin voice, which got higher-than-high on the periodic wordless "ooh, ooh-oohs" that served as the record's primary hooks.nnThe single's gotten more recognition than might be expected considering that the group never had another Top 40 hit. John Lennon cited Rosie as one of his favorite singers in a 1969 interview in Life magazine, and recorded the song in the mid-'70s for his Rock 'n' Roll oldies collection, although that track wasn't issued until the mid-'80s. In an essay in Rock Almanac, Mark Sten even described the song as "generating a robot mantra devoid of embellishment or variation, the perfect underpinning for Rosie's piercing, disembodied-siren vocal. With 'Angel Baby,' rock had regressed as far as it could, some nameless dread loosed within the collective Top 40 mind had run its course and spent itself in a lost mournful wail. 'Angel Baby' was the final moonlit flowering of rock's medieval phase, paean to a purity and innocence no longer possible in the real world."nnThe band certainly had no thoughts of inviting such intellectual commentary when they formed in San Diego in 1960. Unable to find a recording studio in San Diego, they cut "Angel Baby" in a barn-like building in the farming town of San Marcos, with a radically different B-side, "Give Me Love," with a vocal by Bluford D. Wade. The group had trouble interesting Los Angeles labels in the song (a Hamlin original) until they convinced a department store manager in San Diego to play it. This attracted attention from kids in the store and a record distributor who happened to be there at the time. Through him they got the single "Angel Baby" released on Highland, and at the end of 1960 it shot up the national charts.nnAlthough Rosie u0026 the Originals recorded a few more tracks, they broke up almost immediately after "Angel Baby" made the charts, in a dispute over the terms of a recording contract they were considering signing. In 1961, Jackie Wilson's manager, Nat Tarnopol, got Rosie a contract with Wilson's label, Brunswick. Brunswick did put out a follow-up single, "Lonely Blue Nights," which made number 66, as well as an album and another single, billing the artist solely as Rosie for all the releases. In the meantime Highland put out a couple of Rosie u0026 the Originals 45s with tracks to which they had the rights.nn"Angel Baby," however, was one of those accidents of timing and unique material that couldn't be repeated, and none of Rosie's subsequent recordings -- which, like "Angel Baby," were usually simple pop/rock ballads with a doo wop feel -- could recapture the magic. Hamlin did make another single for the Globe label before leaving the music business to raise a family with her husband, Noah Tafolla, who had been leader and lead guitarist of the Originals. She did some tracks with producer Doug Salma in 1969 in a more updated doo wop/girl group style that remained unreleased until 1999, when the Ace compilation The Best of Rosie u0026 the Originals was issued. Rosie Hamlin died in March 2017 at the age of 71. ~ Richie Unterberger 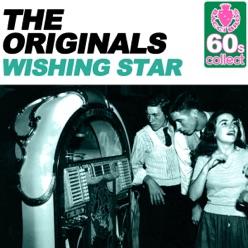 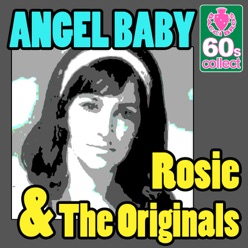 The Originals songs in October