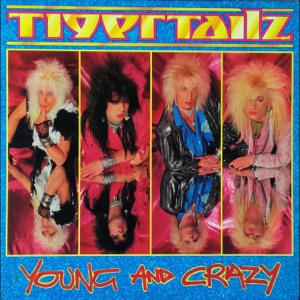 ORIGIN
Cardiff, Wales
FORMED
1984
About Tigertailz
This Welsh rock band was renowned for the members outrageous glam-rock looks as much as their music, which was also strongly influenced by 70s glam-rockers such as T. Rex and the Sweet. Formed in South Wales during 1984, they built up a loyal and vociferous following throughout the UK with a line-up featuring Steevi Jaimz (b. Steve Denham; vocals), Jay Pepper (guitar), Pepsi Tate (b. Huw Justin Smith, 1965, d. 18 September 2007, Penarth, Cardiff, Wales; bass) and Ace Finchum (b. USA; drums). The last-named pair had both worked in NWOBHM act Treason, and also Crash KO, while James had replaced original vocalists Phil Harling and Jim Dovey.nn Tigertailzs first release, 1987s Young And Crazy, met with little critical acclaim, although their eternally loyal fans lapped it up. James departed soon afterwards in somewhat acrimonious circumstances, and went on to form St Jaimz. His replacement was Kim Hooker (ex-Rankelson) who provided vocals on the much stronger Bezerk. This release, which also featured keyboard player Thighpaulsandra, showcased Tigertailz as an equal to American acts such as Mötley Crüe in terms of penning instantly memorable, glam-rock anthems.nn Continuing to develop a loyal following, particularly in Japan, the writing was nonetheless on the wall when Finchum departed in 1992. The remaining trio (Tate, Pepper and Hooker) re-emerged a year later with a new drummer (Andy Skinner) and a new band, Wazbones. After a US recording contract collapsed and Pepper left the band, Tate and Hooker reconvened in Wales to record their self-titled 1995 album with Skinner and new guitarist Cy Danhar. Jaimz and Finchum revived Tigertailz in 2003 for touring purposes. In an interesting turn of events, Hooker, Pepper and Tate then reunited to begin recording a new Tigertailz album which became Bezerk 2.0. They also won a legal battle to retain ownership of the band name. Tate lost his battle with pancreatic cancer shortly after the release of 2007s Thrill Pistol. 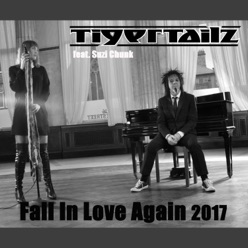 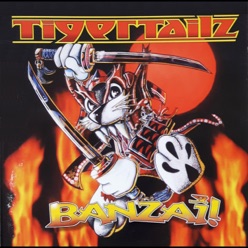 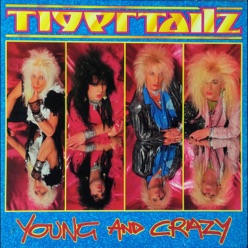 Young and Crazy
2017
See all discs