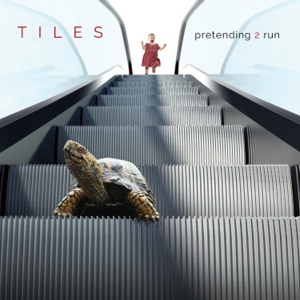 ORIGIN
Detroit, MI
FORMED
1993
About Tiles
Tiles are a veteran hard-edged neo-prog quartet from Detroit, Michigan. Their sound combines the complex compositional and musical adventurousness of classic prog with the dynamic, aggressive tenets of hard rock and progressive metal. Initially influenced heavily by Rush, Tiles have, over five studio albums, carved a persona from a wide range of influences that commingle into an instantly identifiable sound. The band's origins date to 1988, when founding guitarist Chris Herin and drummer Mark Evans rehearsed and recorded together in Standing Pavement. A self-released cassette entitled Crowded Emptiness found its way to Kiss' Gene Simmons. Impressed, he signed them to a production deal for his Simmons Records label in 1990. Unfortunately, the band had fallen apart in the interim; only Herin and Evans remained. A new group called Hanover Fist emerged. They recorded eight demos, but Simmons, unable to secure distribution, folded his label. The band split shortly thereafter.nn Again, Herin and Evans started over. The pair began recording songs as a duo for what would become Tiles' debut album, all the while in search of a permanent bassist. They eventually hired all-star bassist Kevin Chown (a fellow Michigan native living and working in Detroit at the time) as a session player. Once his parts were complete, vocalist Paul Rarick auditioned and became a member of the band. Chown remained involved as a co-producer and recommended one of his students, Jeff Whittle, for the bass chair. He joined in 1993 when the album was in its final mixing stage. Now renamed Tiles after the Led Zeppelin song "Out on the Tiles," the quartet, whose lineup has remained almost solid for more than two decades, was complete.nn The self-titled debut album was initially released on Standing Pavement Records, then licensed in 1995 by Dream Circle/Polydor for European distribution, and by Teichiku Records in Japan. The album was greeted with enthusiastic reviews by the Asian and European rock press and even landed on some charts. In 1997 Tiles re-entered the studio for a follow-up. Moving further into the extended compositional structures that would become the band's trademark, Tiles completed Fence the Clear with Pat DeLeon on drums -- the only album not to feature Evans. Released by Inside Out Music the same year, the record was mixed by Rush producer Terry Brown, marking the beginning of their long collaborative association. The album was greeted by positive reviews in North America and Europe.nn In 1999, Tiles released Presents of Mind. Again mixed by Brown, its cover was designed by the award-winning Hugh Syme (who has designed their covers since). The sound on the album drew from a wide range of sources that included Rush, early Kansas, vintage Elton John/Bernie Taupin, and heavier, harder-edged bands such as Queensrÿche and Dream Theater. Notable fans of the record included Jethro Tull's Ian Anderson and Mike Portnoy. Tiles opened a European tour for Dream Theater, and gained a legion of new fans.nn Followers would have to wait nearly five years for Window Dressing, issued in 2004. Produced, mixed and engineered by Brown, the set's long song cycles and extended narrative compositions established Tiles' musical signature. The recording included violinist Matthew Parmenter as a guest, adding a neo-classical feel. He has appeared on each successive album. Tiles toured Europe and America exhaustively in support and received positive press for their live shows as well as their album. They were nominated for a Detroit Music Award in 2005 and gained many professional musicians as admirers. Despite the momentum that would propel almost any other band to strike while the iron was hot, Tiles refused to be hurried. Their next offering, Fly Paper, wouldn't appear until 2008. The set included guest spots by Rush guitarist Alex Lifeson, Alannah Myles, Sonya Kitchell, and Max Webster's Kim Mitchell.nn After touring, Tiles seemingly vanished. They went underground to begin writing their next album, but details were scarce. They experienced collective doubt and even considered splitting up but ultimately decided there was more work to be done. To celebrate their 20th anniversary, they issued two live recordings, Off the Floor and Off the Floor 2, through their own Standing Pavement label in 2012 and 2014. In early 2016, Tiles announced the imminent release of Pretending 2 Run, a 96-minute double-length song cycle about a man blindsided and disillusioned by betrayal. Produced by Brown, the set featured a wide range of guests. There were notable contributions from Portnoy and his son Max (marking the first time they'd appeared together on a recording), Jethro Tull's Ian Anderson, Adam Holzman, Mike Stern, Colin Edwin, and Chown, as well as choirs and orchestral strings. The record was preceded by a preview trailer that was released on the Internet in March and a lyric video for "Weightless" a few weeks later. Pretending 2 Run appeared in April 2016, eight years after Fly Paper. ~ Thom Jurek 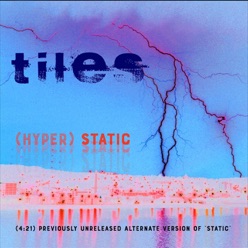 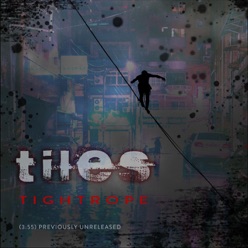 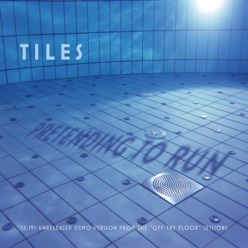