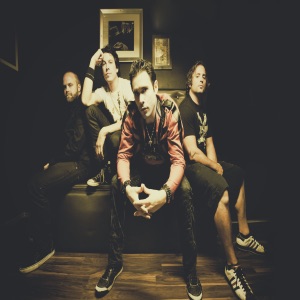 ORIGIN
Los Gatos, CA
FORMED
1995
About Trapt
Californian post-nu-metal quartet Trapt formed in the '90s while the original lineup were still in high school, where Chris Brown and Peter Charell absorbed the heavy rock sound of Korn, Soundgarden, and Metallica. Both were music geeks and naturally flirted with the idea of getting a group together. Casual gigs in school motivated them even more, leaving Brown and Charell to design what would become Trapt. In 1997, guitarist Simon Ormandy joined the band. The trio recorded its own demo and landed gigs in and around the suburbs of southern California. Within a year, Trapt were opening for the likes of Papa Roach, Dredg, and Spike 1000, but high-school graduation loomed ahead.nnTrapt's second album, Amalgamation, was self-released in 1998, but the band's dynamic was shifting. Ormandy and Brown were attending classes at UC Santa Barbara by fall 1999 while Charell was several hours away at UC Santa Cruz. The band met up on weekends for rehearsals and shows, and also managed to issue another record, Glimpse, in early 2000, with hopes that a record label would notice. As luck would have it, Trapt impressed those at the Immortal label after a standout gig at the Troubadour one evening in late 2000. Talks of a deal were in the works, but Immortal walked away from the band after eight weeks.nnEach member eventually dropped out of school and moved to Los Angeles to focus solely on Trapt. Seattle native Aaron "Monty" Montgomery joined to play drums and, after a 9/11 benefit show, Warner Bros. offered the band a deal in late 2001. A year later, Trapt released their self-titled debut album, featuring their biggest hit "Headstrong," which topped the Billboard rock chart and peaked in the Top 20 of the Billboard 200.nnThe band returned in 2005 with the melodic Someone in Control, which led to tours with bands like Nickelback, Chevelle, and Thousand Foot Krutch. A live album, Trapt Live!, arrived in 2007 on Nikki Sixx's Eleven Seven label. A year later, Ormandy parted ways with Trapt and was replaced by Robb Torres. Their third studio album, Only Through the Pain, followed soon after, produced by GGGarth Richardson (Nickelback, Mudvayne, Atreyu). For their fourth album, the band hired producer Johnny K (Sevendust, Disturbed, Megadeth), and in 2010 released No Apologies. A compilation album, Headstrong, was issued the following year on Cleopatra Records. It featured re-recordings of their singles, remixes, live tracks, demos, and a cover of Depeche Mode's "Policy of Truth."nnIn between releases, Trapt experienced a number of roster changes. Montgomery left the band at the start of 2012, replaced by Dylan Howard. Torres also left the band, his spot temporarily filled by ex-Atreyu guitarist Travis Miguel (permanent replacement Ty Fury was recruited in 2014). On 2013's independently released Reborn, the new lineup expanded their sound by adding synthesizers and samples, making it their most ambitious to date. The quartet returned in 2016 with their seventh album, the muscular DNA. ~ MacKenzie Wilson u0026 Neil Z. Yeung 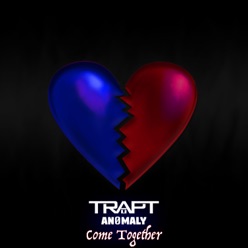 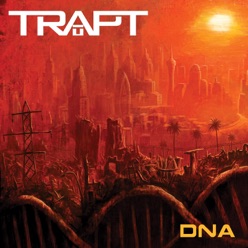 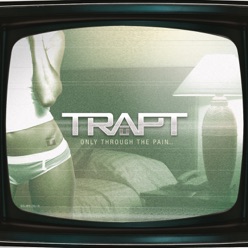 Only Through the Pain
2016
See all discs