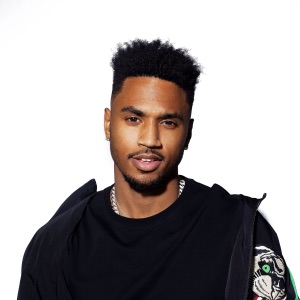 HOMETOWN
Petersburg, VA
BORN
November 28, 1984
About Trey Songz
Contemporary Ru0026B singer, songwriter, and producer Trey Songz debuted during the mid-2000s with the Top Ten Ru0026B/hip-hop hit I Gotta Make It (2005) and swiftly followed through on its creative and commercial promise. Within the first 13 years of his career, Trey released seven albums that peaked within the Top 20 of the Billboard 200 chart, including the chart-topping Chapter V (2012) and Trigga (2014), while 15 additional headlining singles reached the Ru0026B/hip-hop Top Ten. One of the few post-millennial Ru0026B artists with sustained mainstream status, he has been nominated for a handful of Grammy awards, beginning with Best Male Ru0026B Vocal Performance for the Stargate-produced ballad "Can't Help But Wait." Trey has been sought for collaborations with A-list Ru0026B and rap artists such as Scarface, Mary J. Blige, and Toni Braxton, and has worked with key inspirations such as R. Kelly and Teddy Riley. The latter contributed to 11 (2018), one in a pair of simultaneously issued mixtapes.nnWhile growing up, Petersburg, Virginia native Tremaine Aldon Neverson loved hip-hop, but the only Ru0026B he could get into was by R. Kelly. When his friends heard his perfect tenor voice, however, they pushed him to drop rap and start crooning. Trey won numerous talent shows and at some point, through his stepfather, met Troy Taylor, who had worked behind the scenes with such artists as Patti LaBelle, SWV, and B2K. Taylor encouraged Trey to finish high school first, and then they could talk about a possible music career.nn Trey received his diploma and immediately moved to New Jersey to work with Taylor. Soon, the singer appeared as a sideman on Kevin Lyttle's self-titled debut and Trick Daddy's Thug Matrimony, and struck out on his own with "About the Game," a solo cut for the Coach Carter soundtrack. As he was working on his debut album -- amid additional featured work with Lil' Kim, Trina, and Snoop Dogg -- Trey released some street-level mixtapes under his alias, the Prince of Virginia. His proper debut, the accomplished and promising I Gotta Make It, was released by major-label Atlantic in July 2005. Featuring an introduction from Aretha Franklin and productions from Taylor, Organized Noize, and Warryn Campbell, it debuted at number 20 on the Billboard 200. Follow-up Trey Day, released in October 2007, raised his profile through collaborations with R. Kelly, Danja, Stargate, and Jimmy Jam u0026 Terry Lewis, among others. It debuted at number 11, and its "Can't Help But Wait" -- Trey's biggest single to that point -- was nominated for a Grammy in the category of Best Male Ru0026B Vocal Performance.nn Four Top Ten Ru0026B/hip-hop singles helped make Ready, released in August 2009, Trey's first album with RIAA gold certification. Some of the album's songs, such as "I Invented Sex" and the platinum "Say Aah," were among his brashest moments, while his character and sense of flow became singular enough to reduce the number of comparisons to R. Kelly and Usher. The set was Grammy-nominated in the category of Best Contemporary Ru0026B Album. September 2010 brought Passion, Pain u0026 Pleasure. Featuring the Nicki Minaj collaboration "Bottoms Up," it too was RIAA-certified. The five-track EP Inevitable was issued in November 2011 as a stopgap prior to the singer's fifth album. An August 2012 release, Chapter V debuted at number one, featured verses from T.I., Lil Wayne, and Rick Ross, and was highlighted by "Heart Attack," Trey's third Grammy-nominated recording, this time for Best Ru0026B Song. By that point, Songz' own guest appearances -- from Twista's "Girls Tonite" to J. Cole's gold "Can't Get Enough" -- could have been compiled for a sizable anthology. In 2013, he contributed to yet another gold-selling single, Juicy J's "Bounce It," which appeared in the films Texas Chainsaw Massacre 3-D and Baggage Claim, and prepared his sixth studio album. The Top Ten Ru0026B hit "Na Na" and "Smartphones" were issued in early 2014 as the first singles from June's Trigga, which entered the Billboard 200 at the very top.nnSeveral intermediary releases ensued through 2015, including Intermission I u0026 II and a "reloaded" edition of Trigga, which eventually became the singer's third platinum album. An informal EP with rapper Fabolous, Trappy New Years, was independently released at the close of 2016. Tremaine followed in March 2017 as Songz's seventh proper full-length. The next year, he issued the single "How Dat Sound," which served as the theme to Blood Brother, a film in which Songz starred. The following November, he celebrated his birthday with a pair of commercial mixtapes, 11 and 28, with Teddy Riley, Ty Dolla $ign, and Jeremih among the guest revelers. "How Dat Sound" was included on the latter tape. ~ David Jeffries u0026 Andy Kellman 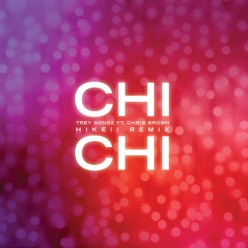 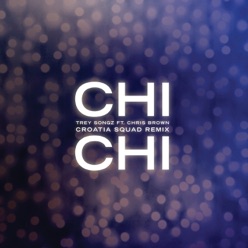 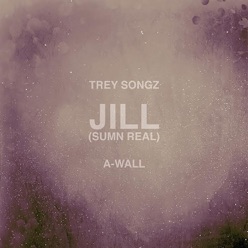