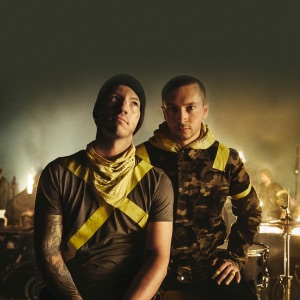 About Twenty One Pilots
twenty one pilots' cathartic, kitchen-sink style—which folds in alt-rock, reggae, electronic music, and rap—is one of the most unique, unclassifiable commercial sounds of the 2010s. Formed by friends Tyler Joseph, Nick Thomas, and Chris Salih in Columbus, Ohio, the band took its name from Arthur Miller's play u003ciu003eAll My Sonsu003c/iu003e, in which a contractor knowingly sends off faulty airplane parts to Europe during World War II, resulting in the death of 21 pilots. The band self-released two albums before making the leap to a subsidiary of Warner Music Group in 2012, shuffling ranks along the way before settling on singer-songwriter Joseph and drummer Josh Dun as its core members. As a duo, they delved further into the idiosyncrasies of their sound—characterized by a minimal blend of keyboards, driving drums, and playful, self-probing lyrics—winning a Grammy in 2017 for their single “Stressed Out.” In 2018, they released the heavily anticipated u003ciu003eTrenchu003c/iu003e.u003cbru003e A practicing Christian, Joseph credits his faith—and the sustained internal dialogue that comes with it—as a source of inspiration, using his art as a platform to wrestle directly with his demons. Touring behind 2015’s u003ciu003eBlurryfaceu003c/iu003e, for example, he covered his neck and arms with black greasepaint on stage—a visualization of his insecurities. That honesty has earned the band a remarkably dedicated fanbase. “I never would have turned to music if I didn’t feel like I need to work on something or change or cope with something,” Joseph told Beats 1 host Zane Lowe in the weeks before releasing u003ciu003eTrenchu003c/iu003e. “I think that I was perfectly fine before music, and then something happened where I just felt, like, a buildup of some sort. And I didn’t know how to release that. I didn’t know how to decompress that and to have an outlet for it. And I was forced to learn how to play the piano.” 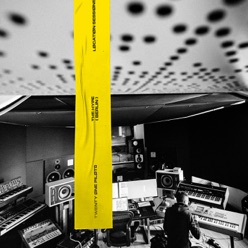 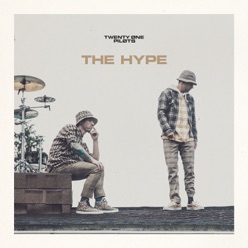 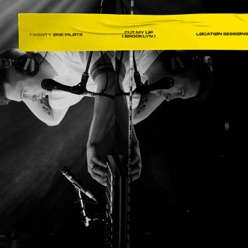 Twenty One Pilots songs in September