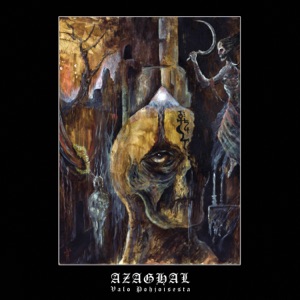 ORIGIN
Hyvinkää, Finland
FORMED
1995
About Azaghal
Although the story of Azaghal starts in Finland in 1995, it begins with the band under a different name, and as a band without a vocalist. Convened that year by guitarist Narqath and drummer Kalma, Azaghal went by the name Belfegor. A change was made thanks to the knowledge that a metal outfit named Belphegor existed in Austria -- so in 1997 Azaghal were christened. Along with the name change came vocals, in the guise of Varjoherra. The black metal trio went right to work, recording their first demo that same year. More demos followed, as well as an Aftermath-released EP (Harmagedon). The summer of 1999 would see the first full-length release from Azaghal, entitled Mustamaa. The initial release was a vinyl-only limited run, but later ISO666 would pick up the option to the record and re-release it on CD. Later that same year, Azaghal recorded their acclaimed second album, Helvetin Yhdeksän Piiriä, which would be reissued in 2016. Issued in December, the album was followed by a pair of splits in 2000. During 2001 the band increased in number again -- adding lead guitarist J.L. Nokturnal -- and recorded yet another full-length, this one entitled Of Beasts and Vultures.nn Finally in stores in 2003, album number three from Azaghal led to a more stable deal with Aftermath, and the band was able to release album number four, Perkeleen Luoma, in 2004. While it was positive for the band to have a good home, 2004 was even more noteworthy as the year that Azaghal decided to break with tradition and perform live for the first time. Azaghal had a rule against such live shows, but with their star on the ascent, they gave it a shot, and recruited a drummer for the stage, playing the Under the Black Sun Festival in Germany in 2004. More gigs were on tap for 2005, as well as a move to the Avantgarde Music label, with which the band would work through the Codex Antitheus and Luciferin Valo albums. In 2008, Azaghal returned to the bleak landscape of black metal with their next album, Omega, which was released on Moribund. Subsequent albums such as 2009's Teraphim, 2012's Nemesis, and 2015's Madon Sanat followed suit, delivering more blast furnace-forged horrors to the masses. ~ Chris True 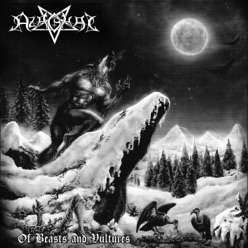 Of Beasts and Vultures
2019 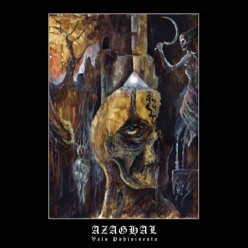 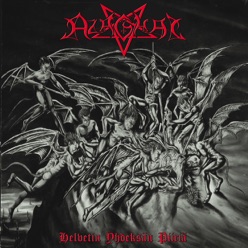