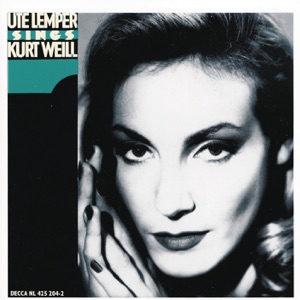 HOMETOWN
Münster, Heilsbronn, Germany
BORN
July 4, 1963
About Ute Lemper
German chanteuse Ute Lemper was born in the city of Münster on July 4, 1963; after beginning piano and dance at age nine, she turned to the stage while attending the Max Reinhardt Seminary in Vienna, completing her musical studies in Salzburg, Cologne, and Berlin. After starring in the Viennese production of Andrew Lloyd Webber's Cats in 1983, two years later Lemper essayed the title role in the musical comedy Peter Pan; in 1986, she portrayed Sally Bowles in a European revival of Cabaret, winning a Molière award for her performance at Paris' Théâtre Mogador. Upon completing her work in an international tour paying homage to the life and repertoire of Kurt Weill, Lemper turned to film, appearing in Peter Greenaway's Prospero's Books and Robert Altman's Ready to Wear -- as a recording artist, her albums included the 1991 pop showcase Crimes of the Heart; a collaboration with Michael Nyman titled Songbook; and tributes to Weill, Edith Piaf, and Marlene Dietrich. In 1998, she also starred in the West End production of Chicago; The Punishing Kiss followed in the spring of 2000. But One Day..., the first album to feature Lemper's own compositions since 1997's Nuits Étranges, appeared in late 2002. Her first live album, Blood and Feathers: Live at the Cafe Carlyle, was released in mid-2005. Between Yesterday and Tomorrow appeared in 2009.nn Lemper signed to Steinway u0026 Sons for the release of 2012's Paris Days, Berlin Nights, a collection of songs by Astor Piazzolla, Chava Alberstein, Weill, Hanns Eisler, and Jacques Brel. After another world tour, Lemper took on the role of composer as well as vocalist in collaboration with Argentine bandoneón player-composer Marcelo Nisinman. Forever: The Love Poems of Pablo Neruda, was a series of tango-inspired songs to accompany the Chilean poet's works.nn Still inspired as a songwriter, Lemper began working with Brazilian author (and former hit songwriter in '70s Brazil) Paulo Coelho. She composed and produced a song cycle set to selections from his novel Manuscript Found in Accra. Played by her own road band and a cast of international musicians, with arrangements by Gil Goldstein and Middle Eastern string charts by Jamshied Sharifi, The 9 Secrets was released in February 2016. Coelho guested on two of the album's tracks. ~ Jason Ankeny 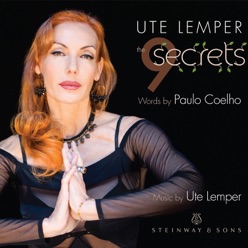 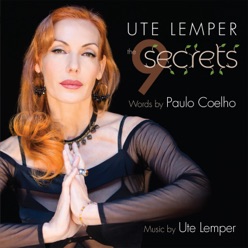 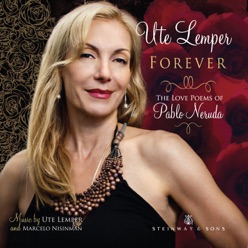 Forever: The Love Poems of Pablo Neruda
2014
See all discs