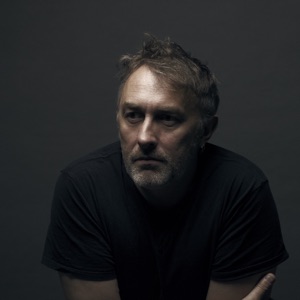 HOMETOWN
Brest, Brittany, France
BORN
June 23, 1970
About Yann Tiersen
With his whimsical, melancholy music, Yann Tiersen has become a sought-after composer, not only for his soundtrack work, but in his own right. Borrowing from French folk music, chanson, musette waltz, and street music, as well as rock, avant-garde, and classical and minimalist influences, Tiersen's deceptively simple style has been likened to Chopin, Erik Satie, Philip Glass, and Michael Nyman. The Paris-based composer became popular outside his native country for his score to Jean-Pierre Jeunet's Amélie, but like most seemingly overnight successes, he had been working for years before the film's success brought him international acclaim.nn Born in Brest in Brittany on June 23, 1970, Tiersen was raised in Rennes and made a name for himself as one of the star pupils at his local conservatory (despite middling academic grades). He studied violin and piano from the ages of 6 to 14, and eventually trained to be a conductor. However, Tiersen rebelled against his classical training and, inspired by the likes of Joy Division and the Stooges, played guitar with several local post-punk-influenced bands during his later teenage years. At the same time, Tiersen was also composing soundtracks for short films and accompaniment for plays. Several of these pieces ended up on his first album, Valse des Monstres, in 1995 and introduced his delicate but deeply emotional style; they also featured intricate arrangements incorporating instruments as varied as toy piano, banjo, harpsichord, melodica, and carillon, as well as piano and guitar. Tiersen played all of these instruments both in the studio and in concert, which gave his early one-man shows a theatrical appeal and earned him a spot performing in 1996's Avignon Festival. However, Valse des Monstres and its follow-up, 1996's Rue des Cascades, were largely ignored by the public and by critics. His third album, 1998's Phare, met a different fate; its single, "Monochrome," which was sung by French pop star Dominique A., was a radio hit and propelled the album, and Tiersen, to mainstream success in France.nn As Tiersen's acclaim grew, so did the scope of his records. That year's Black Sessions -- a live album of a radio performance -- featured collaborations with Dominique A. and the Divine Comedy's Neil Hannon, as well bands like Les Têtes Raides and the Married Monk, who also appeared on 1999's more rock-oriented album Tout Est Calme. Soon after, Tiersen was preparing his next album when he was contacted by Jean-Pierre Jeunet, who wanted Tiersen to score his next movie, Amélie. Jeunet had heard Tiersen's music while driving and had been so taken with it that he bought all of Tiersen's albums. Previously, the composer had contributed music to films such as Alice et Martin and La Vie Rêvée des Anges, but this was his most prominent film work yet. His Amélie score featured new and old compositions, and the film's success spun off to Tiersen's music; the soundtrack sold over 200,000 copies in his homeland.nn His next proper album, 2001's Absente, featured collaborations with Lisa Germano, as well as longtime contributors Hannon and Dominique A., and also benefited from Amélie's success, selling 100,000 copies in France. Throughout 2001 and 2002, Tiersen embarked on his most ambitious tours of France and the U.K. to date; this tour was chronicled in 2003's live album C'Était Ici. Later that year, Tiersen's score for Good Bye Lenin! arrived. Tiersen spent the rest of the 2000s alternating between film and pop music, issuing the score to Les Retrouvailles and the collaboration Yann Tiersen u0026 Shannon Wright in 2005. He also toured frequently, releasing a live album in 2006 and the Tabarly score in 2008. Dust Lane, an album focusing on mortality, arrived in 2010. Tiersen began a world tour in New York to support the album, and took a brief respite before jumping back into the studio.nn The single "Monuments" was released in July 2011 as an enticement for his next full-length, Skyline, which was released in Europe in October of that year and in the United States the following April. For 2014's post-rock-influenced (Infinity), Tiersen recorded in Iceland and the Faroe Islands. Tiersen took a very different approach on 2016's Eusa: an album of solo piano pieces inspired by his home on the island of Ushant, it was preceded by a book of sheet music for its songs and a collection of field recordings featured on the finished product. He continued his celebration of Ushant -- and other locales dear to him -- with 2019's ALL. Recorded at the Eskal, a community center, performance space, and studio built in an abandoned discotheque, the album mixed field recordings from Brittany, England, and California and featured collaborators including Anna von Hausswolff. ~ Heather Phares 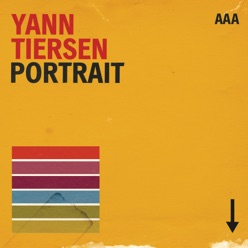 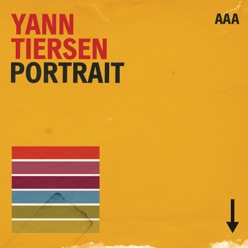 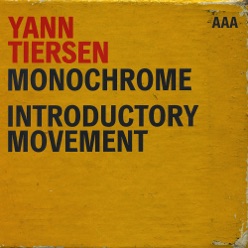