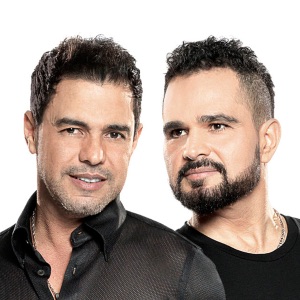 About Zezé Di Camargo & Luciano
Among the most successful sertanejo acts of all time, Zezé di Camargo u0026 Luciano are a Brazilian duo who made their album debut in 1991 with the million-selling É o Amor. Born in Pirenópolis, Goiás, Brazil, the duo is comprised of brothers Zezé (born Mirosmar José de Camargo on August 17, 1963) and Luciano (born Welson David de Camargo on January 20, 1973). They made their full-length recording debut in 1991 with the smash hit album É o Amor, a million-seller whose title track is a sertanejo classic later recorded by MPB legend Maria Bethânia. During the remainder of the decade, Zezé di Camargo u0026 Luciano released an album each year, all of them selling over a million copies each: Coração Está em Pedaços (1992), Saudade Bandida (1993), Salva Meu Coração (1994), Pão de Mel (1995), Indiferença (1996), É Minha Vida (1997), Pra Não Pensar em Você (1998), and Pare (1999). These albums, all technically self-titled, to much confusion, are also known by the year of their release. After the turn of the century, Zezé di Camargo u0026 Luciano continued releasing a new album more or less each year. In 2000, they released their first live album, Ao Vivo. Other live albums followed from time to time, among them Diferente (2006) and Duas Horas de Sucesso: Ao Vivo (2009), plus multiple in-concert videos. There was also a box set, 15 Anos de Sucesso (2006), comprised of three CDs and a DVD, and a couple Spanish-language albums, Camargo u0026 Luciano (1995) and Zezé di Camargo u0026 Luciano em Espanhol (2001). In addition, Zezé di Camargo u0026 Luciano were the subject of the award-winning documentary film 2 Filhos de Francisco - A História de Zezé di Camargo e Luciano (2005), one of the most commercially successful Brazilian films of all time. ~ Jason Birchmeier 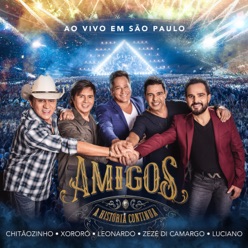 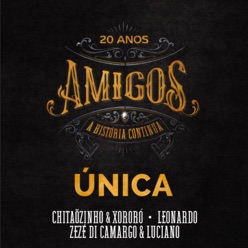 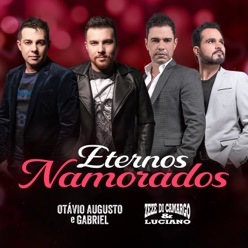