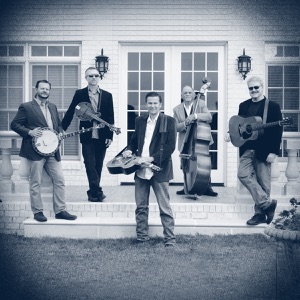 ORIGIN
Kingsport, TN
FORMED
1994
About Blue Highway
One of America's most celebrated bluegrass bands, Blue Highway have been one of the leading acts in acoustic country music since the group played their first show in Kingsport, Tennessee on December 31, 1995. The group's original lineup featured Jason Burleson (banjo), Rob Ickes (dobro; he'd previously worked with Alison Krauss, the Cox Family, and David Grisman), Shawn Lane (mandolin, fiddle, and vocals; a veteran with Doyle Lawson u0026 Quicksilver and Larry Sparks), Tim Stafford (guitar and vocals; another former Alison Krauss bandmember), and Wayne Taylor (bass and vocals).nnIn July 1995, Blue Highway released their first album, It's a Long Long Road, through the independent bluegrass label Rebel Records, earning enthusiastic reviews from the bluegrass press. In 1996, it was named the Album of the Year at the International Bluegrass Music Association awards, while Blue Highway were honored as Emerging Artists of the Year. Rob Ickes was also named Dobro Player of the Year at the 1996 IBMAs, an honor he would receive 11 more times between 1997 and 2010. The group's second album, 1996's Wind to the West, also fared well, and after one more album for Rebel, 1998's Midnight Storm, Ricky Skaggs signed the group to his Skaggs Family label for their self-titled fourth album in 1999. Blue Highway was released while Jason Burleson took a hiatus from the group; Tom Adams took over on banjo from 1998 to 2000, when Burleson returned to the lineup.nnFor 2001's Still Climbing Mountains, the group moved to the iconic roots music label Rounder Records, and that same year, Tim Stafford and Wayne Taylor were both honored for their instrumental skills by the Society for the Preservation of Bluegrass Music of America. The same group would honor Rob Ickes in 2003, the year Blue Highway would release Wondrous Love, their first gospel-themed album. Wondrous Love received a Dove Award for Best Bluegrass Album, received an IBMA trophy for Gospel Recording of the Year, and was nominated for a Grammy Award for Best Bluegrass Gospel Album. 2005's Marbletown garnered another Grammy nomination for Blue Highway. In 2006, Rebel Records released Lonesome Pine, a collection that brought together tracks from Blue Highway's three albums for the label. In 2008, the group released Through the Window of a Train; the title track was honored as Song of the Year at that year's IMBA's. 2009 saw Rounder honoring Blue Highway's first 15 years as a band with a sampler of their material for the label, Some Day: The Fifteenth Anniversary Collection. The hard-working group maintained a steady touring schedule and released Sounds of Home in 2011 and The Game in 2014.nn In November 2015, Blue Highway surprised fans by announcing their first personnel change since Jason Burleson's 1998-2000 sabbatical. Rob Ickes revealed he was amicably parting ways with the group after 20 years, citing the logistics of life on the road and a desire to work with a smaller group. Less than a month later, Blue Highway unveiled their new lineup, with 19-year-old dobro prodigy Gaven Largent taking Ickes' place. In May 2016, Blue Highway had to put their activities on hold when bassist Wayne Taylor was hospitalized with severe chest pains. Three months later, after quadruple bypass surgery, Taylor was given the OK to return to performing, in time for the September 2016 release of the album Original Traditional. ~ Mark Deming 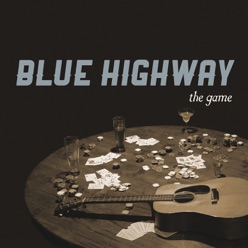 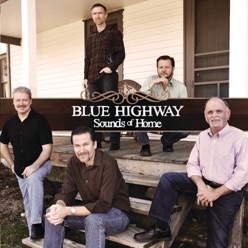 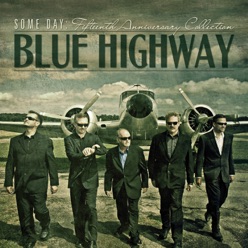 Some Day: The Fifteenth Anniversary Collection
2010
See all discs