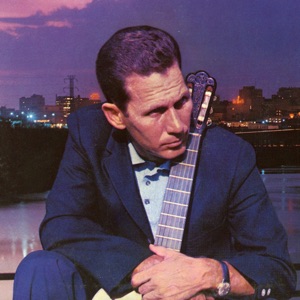 HOMETOWN
Luttrell, TN
BORN
June 20, 1924
About Chet Atkins
Without Chet Atkins, country music may never have crossed over into the pop charts in the '50s and '60s. Although he recorded hundreds of solo records, Atkins' largest influence came as a session musician and a record producer. During the '50s and '60s, he helped create the Nashville sound, a style of country music that owed nearly as much to pop as it did to honky tonks.nnAnd as a guitarist, he was without parallel. Atkins' style grew out of his admiration for Merle Travis, expanding Travis' signature syncopated thumb and fingers roll into new territory. Interestingly, Atkins didn't begin his musical career by playing guitar. On the recommendation of his older brother, Lowell, he began playing the fiddle at a child. However, Chet was still attracted to the guitar, and at the age of nine he traded a pistol for a guitar. Atkins learned his instrument rapidly, becoming an accomplished player by the time he left high school in 1941. Using a variety of contacts, he wound up performing on the Bill Carlisle Show on WNOX in Knoxville, TN, as well as becoming part of the Dixie Swingers. Atkins worked with Homer u0026 Jethro while he was at the radio station. After three years, he moved to a radio station in Cincinnati.nnSupporting Red Foley, Atkins made his first appearance at the Grand Ole Opry in 1946. That same year, he made his first records, recording for Bullet. Atkins also began making regular performances on the WRVA radio station in Richmond, VA, but he was repeatedly fired because his musical arrangements differed from the expectations of the station's executives. He eventually moved to Springfield, MO, working for the KWTO station. A tape of one of Atkins' performances was sent to RCA Victor's office in Chicago. Eventually, it worked its way to Steve Sholes, the head of country music at RCA. Sholes had heard Atkins previously, and had been trying to find him for several years. By the time Sholes heard the tape, Atkins had moved to Denver, and was playing with Shorty Thompson u0026 His Rangers. Upon receiving the call from RCA, he moved to Nashville to record.nnOnce he arrived in Nashville, Atkins recorded eight tracks for the label, five of which featured the guitarist singing. Impressed by his playing, Sholes made Atkins the studio guitarist for all of the RCA studio's Nashville sessions in 1949. The following year, Mother Maybelle and the Carter Sisters hired him as a regular on the Grand Ole Opry, making his place in Nashville's musical community secure. While he worked for RCA, he played on many hit records and helped fashion the Nashville sound. RCA appreciated his work and made him a consultant to the company's Nashville division in 1953. That year, the label began to issue a number of instrumental albums that showcased Atkins' considerable talents. Two years later, he scored his first hit with a version of "Mr. Sandman"; it was followed by "Silver Bell," a duet with Hank Snow. By the late '50s, Atkins was known throughout the music industry as a first-rate player. Not only did his records sell well, he designed guitars for Gibson and Gretsch; the popularity of these models continues to the present day.nnSholes left for New York in 1957 to act as head of pop Au0026R, leaving Atkins as the manager of RCA's Nashville division. However, the guitarist didn't abandon performing, and throughout the early '60s his star continued to rise. He played the Newport Jazz Festival in 1960; in 1961, he performed at the White House. Atkins had his first Top Five hit in 1965 with a reworking of Boots Randolph's "Yakety Sax," retitled "Yakety Axe"; in addition to being a sizable country hit, the song crossed over to the pop charts. Atkins' role behind the scenes was thriving as well. He produced hits for the majority of RCA's Nashville acts, including Elvis Presley and Eddy Arnold, and discovered a wealth of talent, including Don Gibson, Waylon Jennings, Floyd Cramer, Charley Pride, Bobby Bare, and Connie Smith. Because of his consistent track record, Atkins was promoted to vice president of RCA's country division when Sholes died in 1968.nnThe following year, Atkins had his last major hit single, "Country Gentleman." In the late '60s and early '70s, several minor hits followed, but only one song, "Prissy" (1968), made it into the Top 40. Instead, the guitarist's major musical contribution in the early part of the '70s was with Homer u0026 Jethro. Under the name the Nashville String Band, the trio released five albums between 1970 and 1972. Following Homer's death, Atkins continued to work with Jethro.nnAtkins continued to record for RCA throughout the '70s, although he was creatively stifled by the label by the end of the decade. The guitarist wanted to record a jazz album, but he was met with resistance by the label. In 1982, he left the label and signed with Columbia, releasing his first album for the label, Work It Out With Chet Atkins, in 1983. During his time at Columbia, Atkins departed from his traditional country roots, demonstrating that he was a bold and tasteful jazz guitarist as well. He did return to country on occasion, particularly on duet albums with Mark Knopfler and Jerry Reed, but by and large, Atkins' Columbia records demonstrated a more adventurous guitarist than was previously captured on his RCA albums.nnSadly, Atkins was diagnosed with cancer, and in 1997 doctors removed a tumor from his brain. In his last months, the cancer had made Atkins inactive, and he finally lost the battle on June 30, 2001, at his home in Nashville. Throughout his career, Chet Atkins earned numerous awards, including 11 Grammy awards and nine CMA Instrumentalist of the Year honors, as well as a Lifetime Achievement Award from NARAS. Although his award list is impressive, it only begins to convey his contribution to country music. ~ Stephen Thomas Erlewine 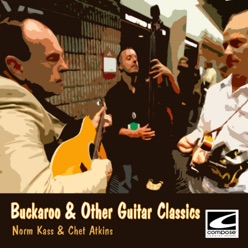 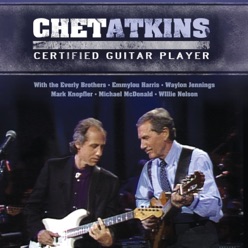 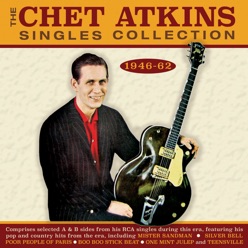 Chet Atkins songs in May