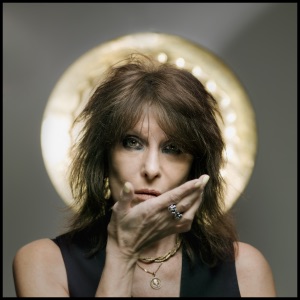 HOMETOWN
Akron, OH
BORN
September 7, 1951
About Chrissie Hynde
Separating Chrissie Hynde from the Pretenders is an impossibility. From the start, Hynde was the undisputed leader of the band -- its lead singer and songwriter, its heart and soul -- but as the group started to lose members to a variety of tragedies, her name and face became synonymous with the group, the one constant over the decades. She'd occasionally step outside of the confines of the band -- she sang with UB40 on a pair of hit covers in the '80s -- but the Pretenders were her calling. It wasn't until the new millennium when she started to toy with the idea of a solo album, first with the 2010 collaboration with JP Jones called Fidelity! and then with 2014's Stockholm, her official solo debut.nnStockholm appeared nearly 35 years after the first Pretenders album, a record that came out in 1979, two years shy of her 30th birthday. It was a long road to stardom for the native of Akron, Ohio. Born on September 7, 1951, she first fell in love with rock u0026 roll during the British Invasion of 1964 and 1965. She first dabbled in performing as an art student at Kent State, playing in a band called Sat. Sun. Mat. that also featured Mark Mothersbaugh, who would later come to prominence as a member of Devo. Restless, she left the U.S. for London in 1973, where she eventually crossed paths with rock journalist Nick Kent, who in addition to dating her helped get her a writing job at NME. This was short-lived and she soon wound up working at SEX, the clothing boutique run by Vivienne Westwood and Malcolm McLaren. This store was central to the birth of British punk but it was just before the scene started. Just before its formation, Hynde left Britain. After a brief sojourn in France, she went back to Ohio in 1975 but lasted only a year. Heading back across the ocean, she tried to get a band going in France, eventually heading back to London where she auditioned for 999 but didn't get the gig. She and Mick Jones, who would shortly start the Clash, attempted a group but didn't get anywhere, then McLaren invited her to join a band called Masters of the Backside. This also proved to be a non-starter, as she was fired prior to it becoming the Damned.nnFinally, in 1978 Hynde decided to form her own band, recruiting guitarist James Honeyman-Scott, bassist Pete Farndon, and drummer Martin Chambers to form the Pretenders. The band recorded a demo that made its way to Nick Lowe, who produced their first single, "Stop Your Sobbing"/"The Wait." It climbed into the U.K. Top 30 early in 1979 and they recorded their debut album shortly afterward. The Pretenders appeared in January of 1980 and became a hit due to the single "Brass in Pocket." The Pretenders were on the rise and so were their troubles. Contract disputes were a roadblock, delaying the release of Pretenders II until mid-1981, but the real problem arrived in 1982 when Hynde fired Farndon and then Honeyman-Scott died of heart failure; both departures were drug-related. Hynde rallied and pulled together a new lineup for 1983's Learning to Crawl, a record that proved to be a bigger mainstream hit than its predecessors.nnAll the lineup changes put the focus on Hynde and she also earned some headlines on her own, particularly through her romances with Kinks leader Ray Davies -- the two had a daughter in 1983 -- and marriage with Simple Minds leader Jim Kerr (the couple also had a daughter). Over the next decade, more success came with the Pretenders -- 1986's Get Close generated the single "Don't Get Me Wrong" -- and with UB40, who featured her on the 1985 U.K. chart-topper "I Got You Babe" and its 1988 sequel, "Breakfast in Bed," which went to number six. Hynde also earned a reputation as a social activist, particularly in regards to animal rights -- she was a vocal member of PETA -- and vegetarianism.nnThe Pretenders remained a going concern until the second decade of the new millennium. After 2008's Break Up the Concrete, Hynde began to stretch out, first teaming with her boyfriend JP Jones for the 2010 album Fidelity! Four years after that record, she released her first official solo album, Stockholm. Unlike the Pretenders records, which were primarily constructed out of songs Hynde brought to the band, this was almost entirely a collaboration with Björn Yttling, a member of the Swedish pop band Peter Bjorn and John -- an irony Hynde never failed to note in her promotion for the record. Stockholm debuted at 36 on the Billboard 200 and 22 on the U.K. album charts. ~ Stephen Thomas Erlewine 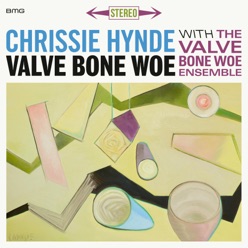 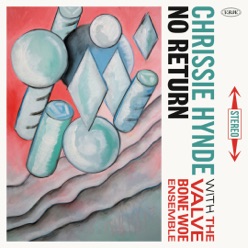 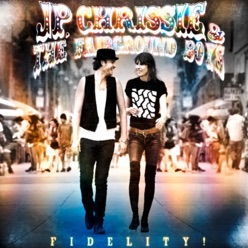