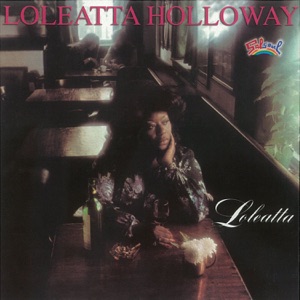 HOMETOWN
Chicago, IL
BORN
November 5, 1946
About Loleatta Holloway
It may surprise some that perennial dance diva Loleatta Holloway's highest charting solo record was a soulful ballad, "Cry to Me." Still, Holloway is best known for dancefloor workouts like "Love Sensation," "Hit and Run," and "Run Away." Born in Chicago in 1946, Holloway developed her throaty, full-bodied vocal style and dramatic presentation while singing with her mother in the gospel group, the Holloway Community Singers. She later began taking acting classes. As a teenager, she joined classic gospel group the Caravans led by Albertina Walker, who recorded for Savoy Records. In the early '70s, she joined the Chicago cast of the musical Don't Bother Me I Can't Cope. Around this time, she met her future producer, manager, and husband, Floyd Smith. Smith produced a cover of Gene Chandler's 1963/1965 hit "Rainbow '71" for his Apache label. Atlanta businessman Michael Thevis, who had just started GRC (General Recording Corporation), signed Holloway to his Aware label. The small double-sided hit "Our Love" (number 43 Ru0026B)/"Mother of Shame" (number 63 Ru0026B) charted during the summer of 1973. The tunes were included on her debut album, Loleatta (1973). "Cry to Me," the title track of her second album, gave Holloway her highest charting solo single on the Ru0026B and pop charts; written by master songwriter Sam Dees, it hit number ten Ru0026B in early 1975.nnWhile with GRC, Holloway met promotion director Gus Redmond, whom she would later work with at Salsoul Records. In 1976, GRC went out of business and Holloway signed with Norman Harris' Salsoul-distributed label, Gold Mind Records. Guitarist/arranger/songwriter/producer Harris was a veteran of the Philly soul scene, having been a member of MFSB, the studio band for Gamble u0026 Huff's Philadelphia International Records. He'd joined with fellow MFSB vets bassist Ron Baker and drummer Earl Young to form Baker-Harris-Young Productions (the Trammps, First Choice, Double Exposure, Love Committee, Eddie Holman). Oddly enough (possibly the label was hedging its bets), dance-oriented Gold Mind's first release on Holloway was the Dees ballad "Worn Out Broken Heart." The catchy Harris-produced uptempo flip side, "Dreamin'," reached number 72 pop and was popular in discos. Her first Gold Mind LP, Loleatta (released March 1977), was both produced in Chicago by Floyd Smith and in Philadelphia by Baker-Harris-Young. In addition to "Worn Out Broken Heart," the album included "Hit and Run," which peaked at number 56 Ru0026B. The two elongated alternate jam session takes of "Hit and Run" are disco classics.nn "Run Away," co-written by Vincent Montana, Jr., was released as the Salsoul Orchestra featuring Loleatta Holloway and was Holloway's next chart single (number 89 Ru0026B in late 1977). After Gold Mind folded, all of their acts were transferred to Salsoul. Her first Salsoul LP, Queen of the Night (September 1978), yielded the disco hits "Catch Me on the Rebound," "Mama Don't, Papa Won't," and "I May Not Be There When You Want Me." The LP also spawned her second highest charting single on the Ru0026B charts, the duet ballad "Only You" by Loleatta Holloway and Bunny Sigler, which hit number 11 Ru0026B in late summer 1978. Her next album, Loleatta Holloway (September 1979), included the disco hits "All About the Papers," "That's What You Said" (another Holloway/Sigler duet), "The Greatest Performance of My Life," and the deep-soul ballad "There Must Be a Reason." Around 1979, Holloway contributed vocals to "Relight My Fire," a massive disco hit for Dan Hartman ("Instant Replay," "I Can Dream About You"). Hartman produced what became the singer's signature tune, "Love Sensation," which caused quite a sensation on the disco charts. The song was also the title of Holloway's 1980 LP that spawned the disco hits "Dance What Cha Wanna" and "Short End of the Stick." Holloway was reunited with the Salsoul Orchestra on a track written and produced by Patrick Adams (Inner Life, Phreek), "Seconds."nn Though she never had a pop hit in the U.S., Holloway had a huge following in Europe and Japan. In the mid-'80s, Salsoul ceased operations and Holloway was without a recording contract. Shortly after producing a cover of Rufus u0026 Chaka Khan's "Sweet Thing" for Holloway, Floyd Smith died in 1984. That same year, the singer signed with Streetwise Records, a label owned by producer Arthur Baker (Afrika Bambaataa and the Soul Sonic Force). The single "Crash Goes Love" b/w "Sweet Thing" peaked at number 86 Ru0026B in late summer 1984. Throughout the '80s and '90s, Holloway recorded for a succession of labels: DJ International, Saturday, Warlock, and Select, among others. During the '90s, audio sampling became in vogue and snippets of Holloway's vocals can been heard on numerous dance records from around the world. This practice has led to some litigation (Blackbox's "Ride on Time"). Holloway's fortunes took a turn for the better when Mark Wahlberg, younger brother of New Kids on the Block's Donnie Wahlberg, sampled "Love Sensation" for his million-selling 1991 hit. "Good Vibrations" by Marky Mark and the Funky Bunch featuring Loleatta Holloway hit number one pop during the fall of that year. The disco diva was in more demand than ever, riding the momentum of a number one pop hit. Holloway occasionally toured thereafter and resided in Chicago. After a short illness, on March 21, 2011 Loleatta Holloway suffered heart failure and died at the age of 64, leading to a wave of tributes and condolences from across the globe. ~ Ed Hogan 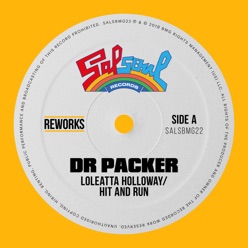 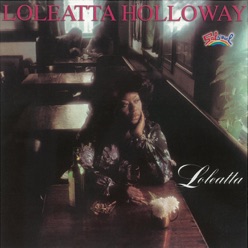 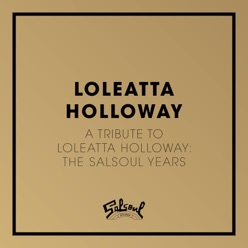 A Tribute to Loleatta Holloway: The Salsoul Years
2018
See all discs