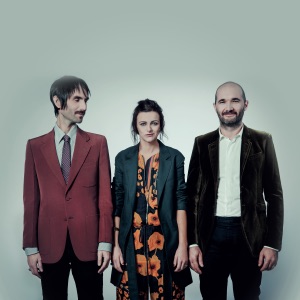 ORIGIN
Montepulciano, Italy
FORMED
1996
About Baustelle
Elegant and romantic, Baustelle emerged from the Italian underground scene at the end of the 1990s and, with record after record, built a fan base big enough for the band to enter the mainstream market without compromising its artistic integrity and, most of all, the quality of its albums. Baustelle (a German word meaning "work in progress") formed in the Tuscan town of Montepulciano, their lineup including Francesco Bianconi (vocals, guitar), Rachele Bastreghi (vocals, keyboards), keyboardist Fabrizio Massara, and guitarist Claudio Brasini. Produced by Amerigo Verardi, their first album, Sussidiario Illustrato della Giovinezza, was released in 2000 by indie label Baracca u0026 Burattini and, thanks to its extremely peculiar blend of Italian pop tradition, British pop (Pulp, the Smiths), and French chanson (Serge Gainsbourg) mixed with 1960s naïveté and 1980s imagery, it was immediately saluted by the critics as one of the best Italian debuts of the year.nn The same formula was improved upon by 2003's self-released La Moda del Lento. Thanks to its video, the single "Love Affair" became a small hit, leading the band to sign with the Warner label, which two years later released the successful La Malavita, an album that not only confirmed the status of Baustelle as one of the most interesting Italian acts, but also revealed a more focused attitude toward both the arrangements (rockier than before) and lyrics. The singles "La Guerra è Finita" and "Un Romantico a Milano" increased the sales of the album, as did a long nationwide tour that followed its release. In the meantime, Massara had left the band. In 2007 Bianconi saw his fame increase due to his co-authorship of one of the year's most successful songs, Irene Grandi's "Bruci la Città." Then, the following year Baustelle returned with their fourth album, Amen, their most mature, accomplished, and ambitious work to date. Recorded with the help of guests such as Beatrice Antolini, Bluvertigo's drummer Sergio Carnevale, and Ethiopian jazzer Mulatu Astatke, the album sold more than 40,000 copies, thus becoming Baustelle's first gold record.nn I Mistici dell'Occidente, a co-production between Bianconi and Irish producer Pat McCarthy (R.E.M.) released in 2010, was the band's second record to go gold. Following 2013's Fantasma LP, Baustelle issued their first concert album, Roma Live!, in November 2015. A retrospective live set culled from various shows over the previous two years, the album also featured eclectic covers of songs by the Divine Comedy and French composer Léo Ferré. In January 2017, Warner Bros. released L'Amore e la Violenza, Baustelle's synth-heavy seventh studio LP. ~ Aurelio Pasini 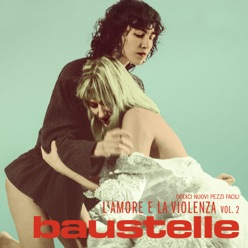 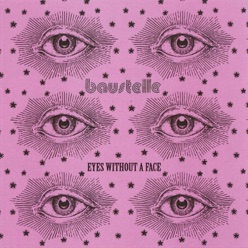 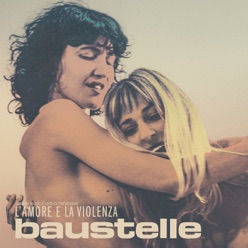