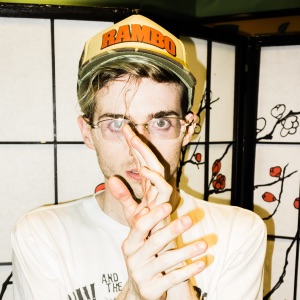 ORIGIN
Baltimore, MD
FORMED
2009
About American Pleasure Club
Led by songwriter/musician Sam Ray, American Pleasure Club are a band from Baltimore, Maryland, who mix raw, punk-influenced guitar leads with contemplative, emo-leaning melodies and lyrics and cut-and-paste production techniques. Initially known as Teen Suicide, the group went through several lineup changes and released two albums and many EPs before changing their name in 2017. American Pleasure Club made its official debut with 2018's sprawling, confessional A Whole Fucking Lifetime of This.nnThe group was formed as Teen Suicide in 2009 by vocalist and guitarist Sam Ray and drummer Eric Livingston. Through 2012, they were the only official members of the band, though guest musicians were brought in for various projects. In 2011, they released a collection of early demos under the title Bad Vibes Forever. In 2012, Teen Suicide expanded to a quartet with the addition of Caroline White on viola and vocals and Alec Simke on bass. That year proved to be remarkably prolific for Teen Suicide, with the release of three EPs -- DC Snuff Film, Waste Yrself, and Hymns -- as well as a full-length album, I Will Be My Own Hell Because There Is a Devil Inside My Body.nnDespite this period of productivity and growing interest in the group, in late 2012, Teen Suicide revealed they were breaking up, and they played a farewell show in January 2013. A digital anthology, Rarities, Unreleased Stuff, and Cool Things, followed in February 2013. But near the end of 2013, Teen Suicide regrouped to play a secret opening set for an Elvis Depressedly and Crying date in Baltimore, and in 2014, they played four reunion shows in February and March, with a lineup featuring Sam Ray, Alec Simke, guitarist John Toohey, and drummer Brian Sumner.nn In early 2015, Run for Cover Records brought out a remastered edition of I Will Be My Own Hell Because There Is a Devil Inside My Body, as well as a two-for-one re-release of the DC Snuff Film and Waste Yrself EPs. The full-length It's the Big Joyous Celebration, Let's Stir the Honeypot was released in April 2016, and a single featuring two outtakes from the album's sessions, "Greatest Trick" b/w "Sycamore," appeared the following July. The single was released under the group name the World's Greatest, and they issued a statement saying the tour that coincided with the single would be their last as Teen Suicide, calling the name "horrible, juvenile, and problematic." By this time, Sean Mercer had replaced Brian Sumner on drums.nn In October 2017, the band digitally released a track titled "When You Split the Heart Open," using the group name Dumpster. Apparently no happier with that name than their old one, a month later they adopted the new handle of American Pleasure Club with the release of another fresh composition, "You Call Me." A cassette titled I Blew on a Dandelion and the Whole World Disappeared was briefly made available at the end of 2017. In February 2018, they issued their first album as American Pleasure Club, A Whole Fucking Lifetime of This, which also introduced another new lineup of the band, with Sam Ray joined by guitarist Dan Windsor, bassist Nick Hughes, vocalist Kitty Ray, and drummer Sean Mercer. Following the group's tour with Thursday in early 2019, American Pleasure Club released Fucking Bliss, a harsh, disturbing album recorded by Sam Ray in 2015. ~ Mark Deming 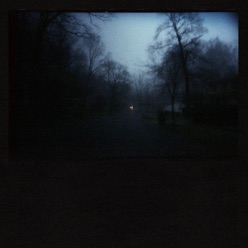 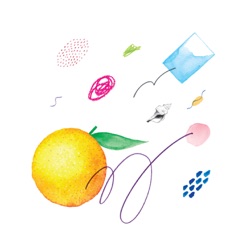 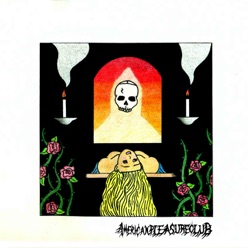