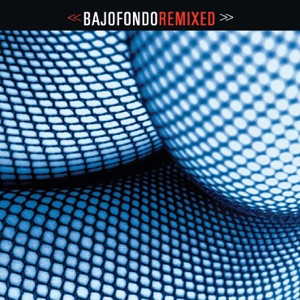 About Bajofondo Tango Club
Combining Argentinian tango and electronica music Bajofondo Tangoclub creates a contemporary style that is nevertheless reverent to local indigenous music. The group was apparently conceived after producer Gustavo Santaolalla (b. 1952, El Palomar, Buenos Aires, Argentina) heard Portishead at a party and astutely recognised that similar melancholic sounds as to those generated by the Bristol, England-based band might fit well alongside tango. Santaolalla (who earned his reputation producing Latin alternative albums for Juanes, Café Tacuba, Molotov and contributing to the hit Mexican films Amores Perros and The Motorcycle Diaries), subsequently initiated a collaboration with Uruguayan producer Juan Campod ó nico and a wide inventory of songwriters, musicians and programmers, including Luciano Supervielle, Martí n Ferrés, Verónica Loza, Javier Casalla, Gabriel Casacuberta, and Adrian Sosa. The collective mix disparate electronic styles (including house, trance, trip-hop, dub and drum n bass) with tango, sampling old songs and constructing new ones. The groups combination of electronica production and tango musicianship was successful in its translation of an old music into a new music, suggesting new paths of evolution for tango. If tango is the sound of the Buenos Aires streets, Bajofondo Tango Club is the soundtrack for the porteños of the new millennium: tango and electronic music. wrote Argentinian journalist Enrique Lopetegui in the sleeve notes to the album.nn Initially released in 2002 in Uruguay and Argentina (via Vibra, a division of Latin/Hispanic alternative label Surco that intended to tap into the world of electronica while not losing touch with its Latin identity), the project was awarded the prestigious 2003 Premio Gardel for Best Electronica Album. Under the Bajofondo Tango Club umbrella, individual tracks were credited to the Orquesta Del Plata (alias Santaolalla and Campodónico), Campo (alias Campodónico), Emilio Kauderer, Didi Gutman, Moviola, Jan Blas, Luciano Supervielle and Diego Vainer Fantasías Animadas, leaving the opportunity for individual spin-off releases from the project akin to the Buena Vista Social Club brand. The first of these was an excellent 2005 album from Supervielle, which was followed by a remix album that saw tracks from Bajofondo Tango Club and Superveille reworked by producers including Calvi u0026 Neill, Capri and Omar.nn In the mid-00s, Santaolla won Oscars for his scores for the movies Brokeback Mountian and Babel. He reconvened the project in 2007, under the shortened moniker of Bajofondo, to release Mar Dulce, which featured guest appearances from Elvis Costello, Nelly Furtado and Ryota Komatsu. 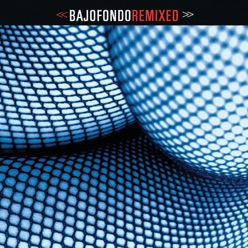